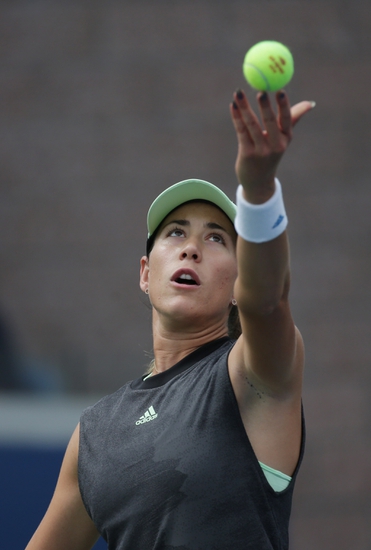 2016 French Open Champion Garbine Muguruza begins her 2020 campaign against number 71 ranked Tamara Zidansek of Slovenia. Muguruza has been on deep runs at this tournament before and no doubt she will like her chances this year as she seems to be getting back to top form. Will the young Slovenian be able to pull off the upset?

Muguruza has had inconsistent results over the past couple years after her Grand Slam successes in 2016 and 2017. She seemed to have put that behind her with some strong results at the start of the year, most notably reaching the Australian Open final. After a disappointing US Open where she lost in the second round in a surprise defeat to Pironkova, she rebounded nicely with a semi-final showing in Rome, narrowly losing in three sets to eventual champion Simona Halep. Muguruza is an extremely aggressive player and she will be aiming to dominate Zidansek with her powerful serve and groundstrokes from the start. She will be full of confidence after her showing in Rome and expected to be up for the challenge.

Zidansek has only played two tournaments since the break, losing in the first round in Palermo and second round in Prague. While talented, the twenty-two year old has proved extremely inconsistent throughout her career and will have to be at her absolute best to have any chance of prolonging this match. She is fairly inexperienced at the majors but was a very accomplished junior and her favored surface is clay.

All things considered, this should be a relatively straightforward match for Muguruza. She has been known to have concentration lapses in the past and is a slow starter at times but I don't think that Zidansek has the tools to trouble her at this stage in her career. Muguruza is simply better in every area and I expect her to dictate play and dominate from the start. She has to be considered a top 5 favorite for this event and will surely have her eyes firmly set on making a very deep run here in Paris. Muguruza to win in two straight sets.