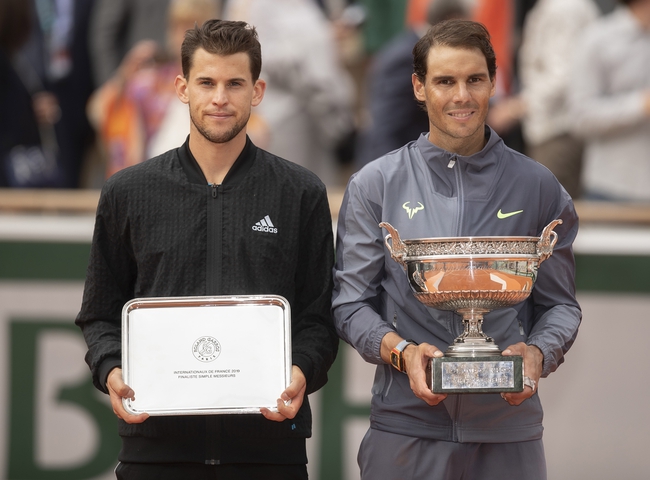 The 2020 US Open Champion, and 2019 and 2018 French Open Finalist, Dominic Thiem, begins his campaign to win the French Open here in Paris on Monday, September 28th 2020. Will this US Open rematch go the exact same way, or will Marin Cilic cause a shocking upset?

Marin Cilic has been struggling somewhat to find his best form since last year, as some weeks he can play incredible tennis, and other weeks he struggles against very lower ranked players. Cilic, however, has had some positive wins on clay in the last couple of weeks, beating the likes of Alexander Bublik and David Goffin. Cilic has a great forehand and a solid backhand, but one thing his game relies a bit too much on is his serve. If his first serve is not firing, Cilic struggles and he needs to ensure his footwork is near perfect to be able to work with his opponents return. Cilic now has one of the toughest opening matches at the French Open this year, meeting the Prince of Clay, Dominic Thiem.

Dominic Thiem has finally won his maiden Grand Slam as I predicted months ago he would do in New York this year. Thiem looked incredible on the hard courts of New York, and he is now back on a court he has had incredible success on, the Philip-Chatriet court. Dominic Thiem has been practicing with big players in the last few weeks to prepare himself for the clay, such as Novak Djokovic. I expect Thiem to be fully focused here and to want to work on this incredible achievement to win more Slams.

This is going to be the fourth meeting between these two players, with Dominic Thiem leading the head to head 3-0. They met 3 weeks ago in New York at the US Open where Dominic Thiem won in 4 sets. Cilic's best chance to beat someone like Dominic Thiem would have to be on grass or hard courts, as on clay he is near unbeatable. I expect this to be an easy match for Dominic Thiem who seems to bring his best tennis when he is in Paris.