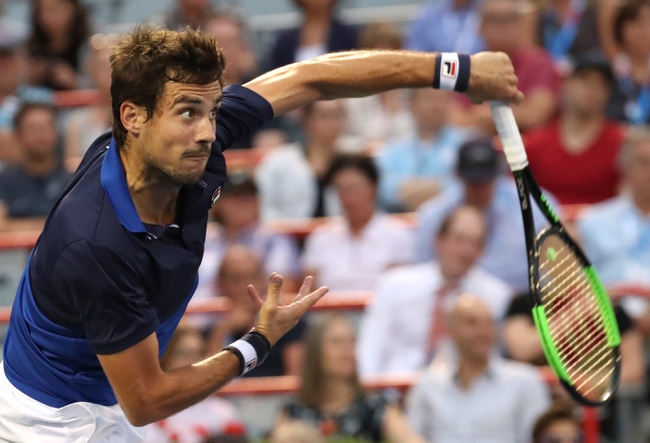 Former top 20 player Guido Pella of Argentina faces the Italian Salvatore Caruso in the first round at the 2020 French Open. While this match may not seem interesting on paper it is sure to be a very close and intense contest between two seasoned players, both comfortable on the clay.

Salvatore Caruso comes into Paris with a career high ranking of 84. He has had some decent results on clay this season, beating Tennys Sandgren in Rome before losing to eventual champion Novak Djokovic, giving a good account of himself in that match. He then reached the quarterfinals in an Italian Challenger so he is well prepared for this French Open campaign. He is certainly capable on this surface having won three Challenger level titles on it.

Guido Pella has not been able to recapture his form from 2019 where he reached a career high ranking of 20 and won his first ATP title in Brazil. He was impressive in his opening round match in Kitzbuhel beating Nishioka 6-0, 6-3 but hasn't won a match since. He is very experienced on this surface however and will be hoping to produce a relatively deep run here in Paris to get his career back on track. He is still ranked inside the top 40 players in the world and will be expecting to win this match. He is a classic clay court specialist having been to five ATP finals on the surface.

Even though Pella has been highly ranked for a few years now he has never been past the second round in Paris, so he will be determined to do so. His opponent reached the third round here last year proving that he is no slouch. Pella is the favorite here but Caruso has been steadily improving over the past few years and will likely make it difficult for his opponent. I predict that Pella will win but it will be extremely tough, possibly in four or five sets. Pella to win.