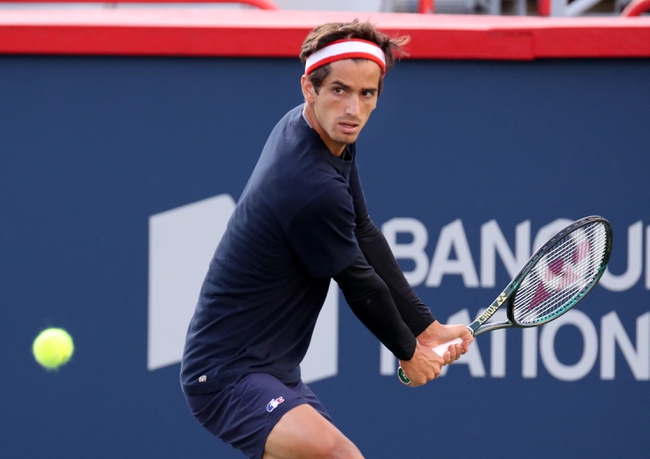 The young American Michael Mmoh will face seasoned Frenchman Pierre-Hugues Herbert in his first main draw match at Roland Garros. Will the qualifier have enough firepower to overcome the experienced Herbert in his home tournament?

Michael Mmoh was impressive in his qualifying campaign, winning three matches to secure his first main draw berth here in Paris. He didn't play any of the clay court warm up events but has improved steadily, picking up his first Grand Slam main draw wins at the Australian Open and US Open earlier this year. He is a very aggressive player and will look to dictate play from early on in the match. He has never had much success on clay and hasn't even reached a final on the surface at Challenger level.

Herbert comes into Roland Garros in mixed form. His game has been in decline for a while now and he will be hoping to get back on track. His serve which is one of his major weapons has been letting him down lately, and this will be a major factor heading into this match. He definitely is the more experienced player and is much higher ranked than the American but he surely will be struggling with confidence. How he overcomes this will be the key to the outcome of this match.

This match seems destined to go the distance. Mmoh should be on a high after coming through qualifying and making his first French Open main draw while Herbert cannot be happy with his recent performances and declining ranking. I expect the youngster to start off well and put pressure on his opponent from early. However, Herbert has a wealth of experience to call upon and if he is serving well I can see him winning this match. If Mmoh has one weakness it is his return game, and if Herbert is serving well it could spell danger for the American. I predict that the Frenchman will overcome the young American in five close sets. Herbert to win.