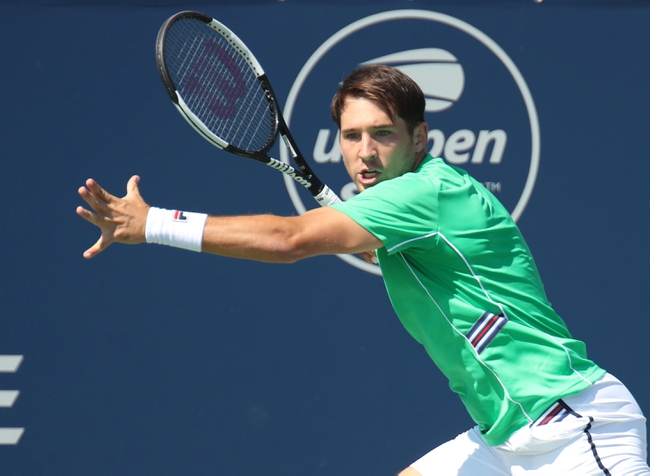 Number 22 seed Dusan Lajovic of Serbia faces Italian Gianluca Mager in the first round of the 2020 French Open. Will the Italian journeyman be able to cause the upset against the higher ranked Serbian?

Dusan Lajovic is very comfortable on the clay courts and has had some success on the surface, most notably his run to the Monte-Carlo ATP-1000 final in 2019 where he lost to Fabio Fognini. However he has not enjoyed a great 2020. He had some bad results early on in the year after winning the ATP Cup with Novak Djokovic and Serbia but seems to have found some form at a good time, reaching the quarter-finals in Hamburg and the round of 16 in Rome, beating top 20 player Karen Khachanov 6-1, 6-2 in the process. He is extremely solid from both sides of the court and will feel confident about his chances to advance to the second round.

His opponent, 25 year old Gianluca Mager comes into the match in poor form, having lost in the first round in Rome and the first round in a Challenger in France. However he faced difficult opponents in those matches in Jannik Sinner and Thiago Wild. He is currently ranked #88 and is known as a very inconsistent player. On his day he certainly possesses the tools to be a tricky opponent but which Mager will show up? He will have to play the match of his life to have any chance of winning this match.

I expect Dusan Lajovic to win this match. He is a very experienced campaigner and is simply to focused and consistent to let a streaky player bother him for too long. If Mager is playing well and starts off well he is capable of making some of the sets close but I expect Lajovic to be too much for Mager to handle. The Italian has never won a first round match at a Grand Slam and I expect that trend to continue.