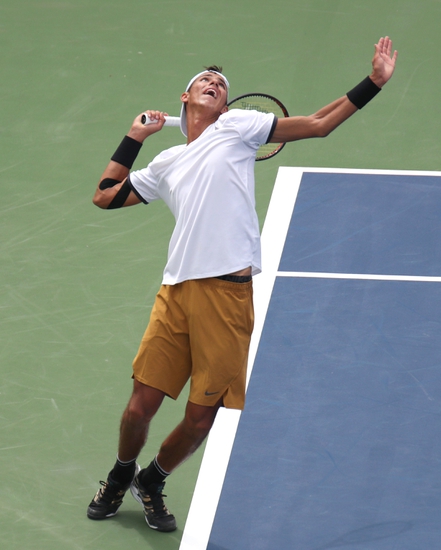 Alexei Popyrin, the talented young Australian player takes on another promising player in South African's Lloyd Harris in the first round at Roland Garros. Neither player is most comfortable on clay but they are both exciting young players and this is expected to be an interesting matchup.

Popyrin has long been considered a future star. He is currently ranked number 108 but is better than his ranking suggests. He has a huge serve and forehand and is a very flashy player who is exciting to watch. He comes into Paris in poor form having lost in the qualifying in Rome and in the first round of a Challenger in France. The twenty-one year old will be hoping to make it to the second round at Roland Garros for the second year in a row.

Lloyd Harris is another talented young player. He has a similar game to his opponent in that he likes to dictate play with his big serve and forehand. He comes into this tournament in better form than Popyrin, having reached the semifinals in a clay court challenger last week. Like his opponent he made the second round here last year and will be looking to replicate that feat.

This has all the makings of a five set match. Neither player is fully comfortable on the clay and they both have similar games. They have both been known to be erratic at times so it could simply come down to who can keep it together most often. I think that Popyrin is the slightly more talented player and even though he comes into this event in poor form I believe that he will win a close match, potentially going the distance. Personally I would stay away from this match as it really can go either way but if I had to pick one I am going with the young Aussue. Popyrin to win.