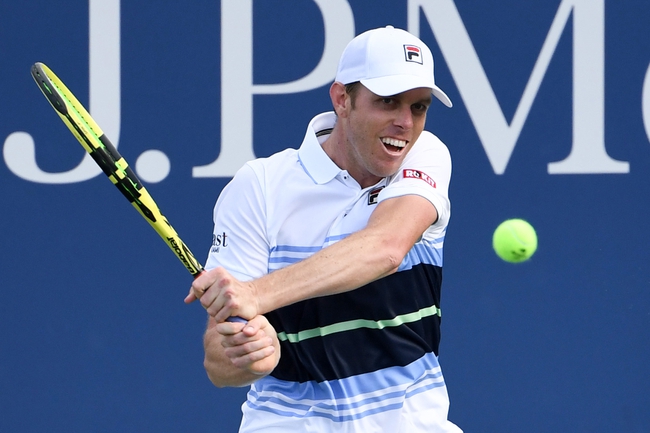 The American Sam Querrey takes on Russian Andrey Rublev in the first round at Roland Garros. Querrey has not been at his best for some time, will he have what it takes to cause the upset?

Sam Querrey comes into Paris in poor form. In fact, he lost in the first round of the past three tournaments that he played (Cincinnati, US Open and Rome) and has never been a fan of clay. As impressive as his career has been at times, he has never been past the third round here, and that was seven years ago. Querrey has lost in the first round here eight times and he will be desperate to avoid adding to that total. However, his major weapons in his serve and forehand are nullified by the slower surface here.

Andrey Rublev is in great form right now and will be expecting to challenge for this year's title. He won his first ATP-500 title last week in Hamburg, notching impressive wins against  top 10 opponents in Stefanos Tsitsipas and Roberto Bautista-Agut in the process. He is one of the hardest workers on the tour and has a very explosive game. He will surely be tired after last week's run to the title so it will be interesting to see if fatigue is a factor here. His forehand is a huge weapon and he will looking to be as aggressive as possible to hopefully wrap this match up as quickly as possible.

Andrey Rublev will win this match. Even though he will be drained from Hamburg, he is simply too good for Querrey to handle. He has been one of the best players in the world over the past year and will like his chances of going deep into this tournament. Querrey will have to be at his absolute best to make this somewhat competitive and I don't see that happening on clay courts. Winning the Hamburg will have given Rublev the belief that he is ready to compete with the top players on the Grand Slam stage and I expect him to win this match easily, most likely in straight sets. Andrey Rublev to win.

The pick in this article is the opinion of the writer, not a Sports Chat Place site consensus.
Previous Pick
Denis Shapovalov vs. Gilles Simon - 9/29/20 French Open Tennis Pick, Odds, and Prediction
Next Pick
French Open: Rafael Nadal vs. MacKenzie McDonald 9/30/20 Tennis Prediction