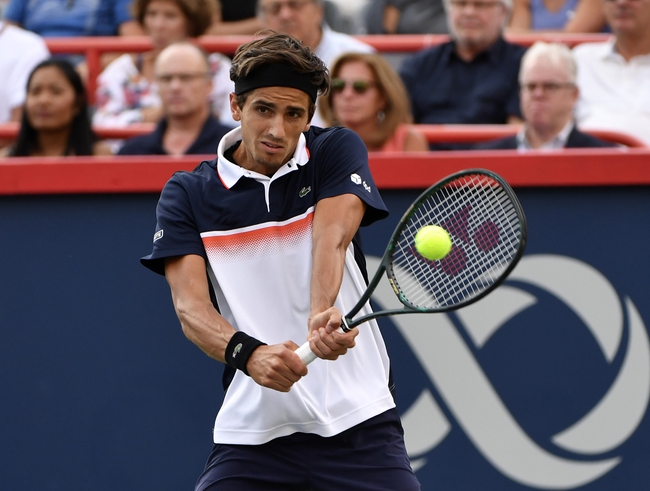 Sixth seeded Alexander Zverev takes on local favorite Pierre-Hugues Herbert in an intriguing second round encounter at Roland Garros. Both players played well in their first round victories and will be hopeful of extending their stay in the tournament. Zverev will be looking to make back to back Grand Slam finals after his run in New York and Herbert will be aiming to pull off the upset and stop him.

Questions were raised about how the German World Number 7 would mentally handle the US Open Final loss, having been beaten after being two sets and a break up to Dominic Thiem. However he played superbly against Dennis Novak in the first round, winning in straight sets. Zverev has had good results on the clay courts throughout his career and will consider himself a favorite for the title here after proving he is finally ready to make deep runs at the Slams. If his serve is working (which is sometimes a big "if") he will have a strong chance of winning this match.

Frenchman Herbert comes into this match in mixed form. He has played a few clay court events in the lead up to the French Open with decent results but will have to be at his absolute best to pose a challenge here. His game is more suited for the hard courts and it will be very difficult for him to break Zverev down here in these conditions. He also has not had the best 2020, seeing his ranking slide down to #78. He has a crafty all court game but doesn't have the power required to trouble his opponent from the baseline.

The German is considered the strong favorite for this match and with good reason. He is finally playing with the confidence and belief that we all were hoping for since he broke onto the scene as a teenager and is ready to reclaim his spot in the top 5 of the rankings. Anything other than an Alexander Zverev win would be a huge shock here. If he is serving well Herbert is capable of making some of the sets close but I do not expect him to win any of them. Zverev himself had some well documented struggles with his serve during the US Open so if he keep those in check I can see him making a deep run here in Paris. Zverev to win.