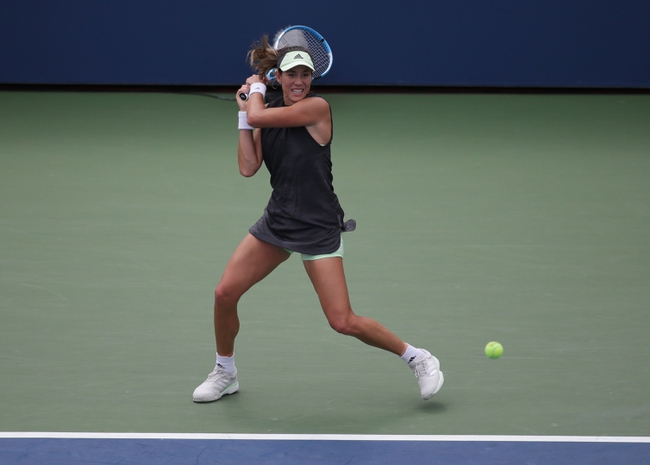 Number eleven seed and 2016 French Open Champion Garbine Muguruza of Spain takes on Kristyna Pliskova in the second round of Roland Garros 2016. Will the lesser known of the Pliskova twins be able to cause an upset here?

Muguruza is one of the best players in the world, but she is also one of the most inconsistent especially at the Grand Slams. She seems to be equally likely to lose early on as she is to win the entire tournament. However, the French Open is one of her favorite tournaments and she bosts an 82% winning record in Paris. She came into the tournament in good form, losing to Simona Halep in a three set thriller in Rome. She surprisingly was pushed to the limit in her opening round match here, needing three hours to defeat Zidansek. She has a very good all court game and if she is fully focused will surely like her chances.

Pliskova is ranked #69 in the world and does not seem to enjoy the clay courts here in Paris, never having been past the second round. However she was very impressive in her first round win over the talented Viktoria Kuzmova (who is also her doubles partner at Roland Garros) winning in two straight sets. Her weapons are her huge serve - she currently holds the record for the most aces in a WTA match and heavy forehand. She will draw confidence from her first round win but she will have to drastically improve to have a chance at winning this match against the former champion.

I am picking Garbine Muguruza to win this match. She has plenty experience here in Paris and will be confident after her good week in Rome as well as pulling through a tight match in the opening round here. She is prone to inconsistency, but so is her opponent and I expect her to be too strong here. Muguruza to win in straight sets, one possibly being a tiebreaker.