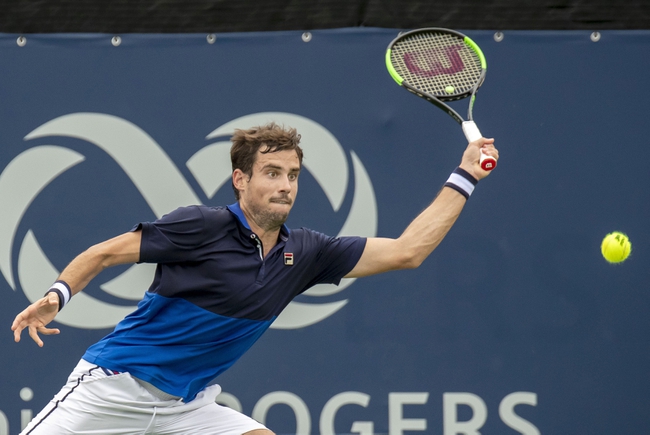 Pablo Carreno Busta the Spanish number 17 seed faces a tricky opponent in Guido Pella in the second round at Roland Garros. Pella has not been in the greatest form this year but is always a difficult opponent especially on clay, and will be looking to make it difficult for his more fancied opponent.

Carreno Busta was one of the stand out performers during the hard court season, after coming inches away from a first Grand Slam final at the US Open. He lost in the first round in Rome to Rafael Nadal but not much information can be gained from that loss as he was playing the greatest clay court player in history with very little rest after leaving New York. He was very impressive in his opening round win against John Millman and is one of the most consistent players on tour. He will be looking to take advantage of Pella's weaker serve and dominate him from the baseline.

Pella was a top 20 player last year but his results have fallen off significantly since then. He lost in the opening round in Rome and second round in Kitzbuhel but can never be discounted on clay. He has five career clay court finals under his belt and if he plays his very best tennis he is capable of making this a difficult match. Unfortunately he does not possess many weapons and comes into Paris in poor form and those things are needed against a top 20 player like Carreno Busta who is very solid and consistent.

Pablo Carreno Busta will win this match. There is no doubt that he still will have that devastating loss at the US Open on the back of his mind but he is simply better than Pella in all areas at the moment and will be able to wear him down quite comfortably. Pella was quite erratic in his opening round win against Salvatore Caruso and that cannot happen in this match or Carreno Busta will make him pay. The Argentine won their most recent meting but that was over a year ago and Carreno Busta is a more mature player now. The spaniard wins comfortably here.