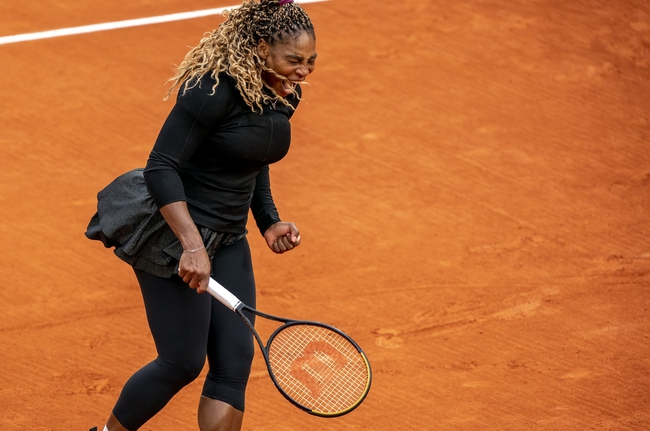 Sixth seed and 23 time Grand Slam Champion Serena Williams takes on Tsvetana Pironkova in a second round clash at Roland Garros 2020. Will this be the Slam where Serena finally captures that elusive 24th title? Or will the Bulgarian be able to pull off the upset?

Serena Williams has been seeking to equal Margaret Court's Grand Slam Singles Title record for quite some time now, falling short on many occasions. It seems to be taking its toll on her, and she isn't getting any younger. Serena didn't play any clay tournaments since the US Open where she lost to Victoria Azarenka in the Semis, having been a set up. She started slowly in her first round victory here in Paris, going down a break early against Kristie Ahn before turning the match around and wrapping up the win with a dominant 6-0 score in the second set. When Serena is motivated and playing well there are still very few woman who can match up to her. She will be looking to be aggressive as usual, using her powerful serve and groundstrokes to overwhelm her opponent.

Pironkova is a very experienced player but is more known for her grass and hard court skills than on clay. However, she has been to the quarterfinals here in 2016. She looked impressive in her first round victory but will have to be much better in order to trouble the American Legend. She has been ranked as high as #31 earlier in her career but now finds herself well outside the top 100, having not played a tournament in three years. She will be confident of doing well in this match, having been up a set and a break in the US Open quarterfinals against the same opponent. Serena definitely was fortunate to get the victory here and there is no doubt that she will not underestimate her opponent.

This is certainly going to be an interesting match. Serena is the favorite on paper but the Bulgarian showed that matches are not won on paper at the US Open. Her game seems to translate well to the clay courts as evidenced by her impressive win in the first round and Serena should be in for a battle here. I still think that the American will win this match but it will be another tough match. This match could very well go the distance again and I predict that Serena Williams will use her experience to win. Serena Williams to win the match.