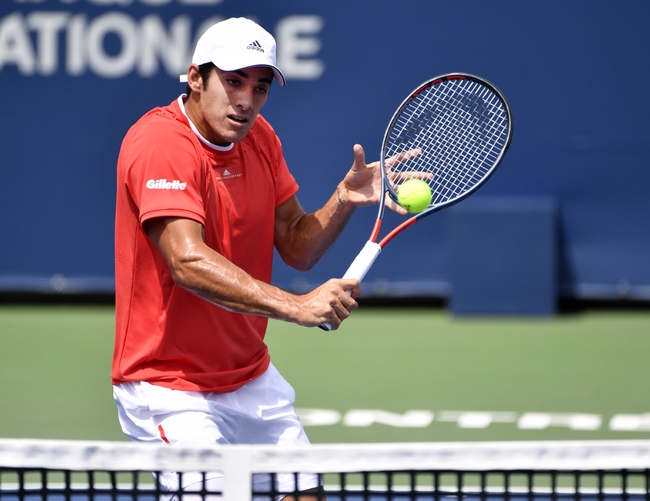 World Number 19 Cristian Garin of Chile seeks to continue his impressive form as he opposes Marc Polmans of Australia in the second round of Roland Garros 2020. This is a true David vs. Goliath battle with one player firmly in the top 25 and the other outside of the top 100. Does the young Aussie have what it takes to upset one of the world's best clay court players?

Cristian Garin enters this tournament in good form, having reached the semifinals in Hamburg. The former Junior French Open Champion has firmly established himself as one of the finest clay court players in the world and is a dark horse candidate to win the title here in Paris. He has numerous clay court titles on Challenger level and four on the ATP level. He has a very explosive game and is a very good mover. He will be looking to get off to a good start and dictate play early with his crushing groundstrokes. He is definitely one to watch during this event.

Marc Polmans can consider himself lucky to still be in the tournament after getting into the Main Draw as a lucky loser. However he managed a huge upset in the first round, defeating 38th ranked Ugo Humbert in four sets for the biggest upset of his career. The young Aussie is a good player with solid skills from the backcourt but his lack of experience in these big matches will count against him. He will need a second miracle to be able to beat the Chilean. His biggest hope is to stay very consistent as Garin is known to lose focus when under pressure and struggles to regain his composure.

I am picking Cristian Garin to win this match comfortably. Despite his impressive win in the first round, Polmans is just not at the same level as his opponent and this match should be over in a hurry. I consider Cristian Garin to be a top 7-10 player in the world on clay courts and he will simply be too much for the Aussie to handle. Garin should win in straight sets.