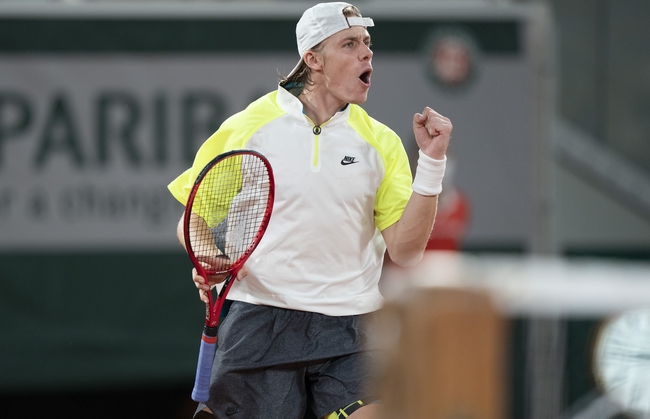 Rising superstar and newest member of the "Top 10 Club' Denis Shapovalov of Canada faces Spain's Roberto Carballes Baena in the second round of the 2020 French Open. The number 9 seed was pushed in his first round match, does the Spaniard have what it takes to make this a close contest?

The Canadian is definitely one of the most improved and best players in the world at the moment. Traditionally thought of as a talented but hot-headed player who was capable of great things but mentally weak, he has matured greatly since working with his new coach and former top 10 player Mikhail Youzhny. He has shown vast improvements in his temperament and has shown that he deserves to be mentioned among the world's best, even on clay courts. Considered by many to be a "hard court player" he produced a fantastic week of tennis in Rome where he was unlucky to lose in the semifinals to Diego Schwartzman after serving for the match. He will look to continue that in rich vein of form here in Paris. His explosive game can trouble the game's elite and he will be looking to dominate his opponent.

His opponent is currently lowly ranked (#101) but is a much better player than his ranking suggests. His preferred surface is clay and he even has an ATP title on the surface, so he cannot be completely discounted here. He has no major weapons but is very solid and consistent, happy to keep balls in play and wait on his opponent to make mistakes. This tactic could prove effective against the Canadian. While he has shown major improvements, Shapovalov is still prone to erratic play and Carballes Baena will be hoping to take full advantage.

All things considered, I am going to pick the young Canadian to win this match. A few months ago this would be considered a match that he could easily lose, but this is a new and improved player that we see today. He is simply too dynamic and powerful for his opponent and I expect him to win in three or four tight sets. Shapovalov to win and advance to the third round in Paris for the first time.