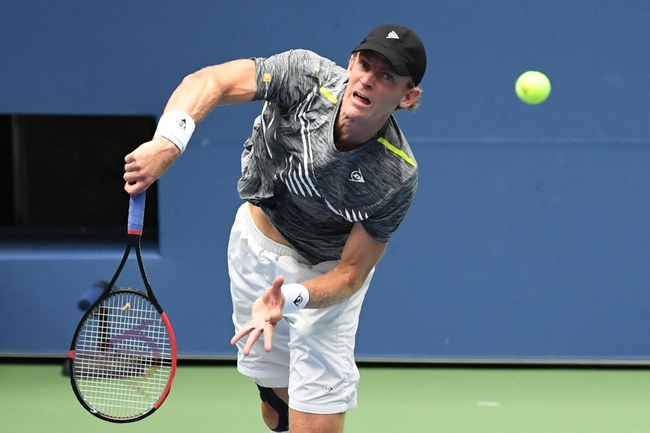 Dusan Lajovic faces Kevin Anderson in the second round of the 2020 French Open and it will be sure to be an entertaining match. They both had relatively straightforward first round wins and will be looking to reach the third round.

The South African will face his second Serbian in as many matches here in Paris. He had a surprisingly comfortable straight set win over Laslo Djere who came into this tournament in good form. Anderson is a former top 5 player and two-time Grand Slam finalist so he has a wealth of experience to pull from. However, it is no secret that clay is not his preferred surface. He has never been past the fourth round here so he will be highly motivated to surpass that. He has one of the biggest serves on the ATP tour and even though clay is a much slower surface it is still a huge weapon, and one that he will have to depend on to win this match. One positive is that he leads the head to head 2-0, with the most recent win being on the clay of Madrid. He will definitely use that as inspiration heading into this match.

Dusan Lajovic is a more accomplished clay court player than his opponent, having reached the final at the ATP-1000 event in Monte-Carlo last year. Like Anderson, he has never passed the fourth round here which is a little surprising considering his clay prowess. He is extremely solid and consistent, dictating play with his groundstrokes. He arrived in the second round by beating Gianluca Mager in the first round in 4 sets. He will like his chances heading into this match and aims to get his win of this particular head to head series.

I think that this match will go the distance but Lajovic will win in the end. Anderson is no slouch on the clay and has been known to raise his game in Grand Slam events so I expect his to pose a serious threat. However Lajovic is the more match fit of the two, and should get opportunities to break serve on this surface. Lajovic wins a very tight contest.