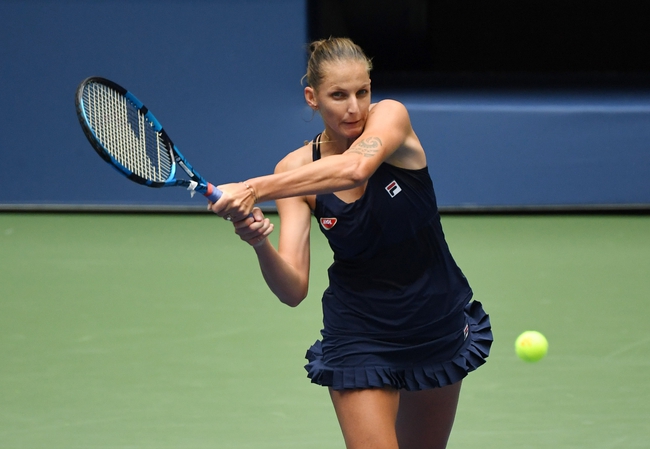 Former French Open Champion Jelena Ostapenko takes on second-seeded Karolina Pliskova in a mouth-watering second round clash at the 2020 French Open. Ostapenko breezed through her opening round match against Madison Brengle losing only losing three games. By contrast, Pliskova surprisingly had to fight from a set down to overcome little known Mayar Sherif. Will the former champion be able to cause the upset? It seems poised to be a very interesting battle.

Jelena Ostapenko knows what it is like to taste success here in Paris, having won the title in 2017 as an unseeded youngster. Her career hasn't quite taken off like many expected after that victory but she definitely is someone that the top players would like to avoid, especially here at Roland Garros. Strangely, she hasn't won a match here other than the year she won the title. Jelena hasn't been in the best form lately, losing in the opening round in Rome and then making the quarter-finals in Strasbourg. However she is a very talented player and has a powerful all around game. She tends to struggle with her serve and can give away a lot of double faults at times so she will be hoping to keep that in check.

Karolina Pliskova leads the head to head 3-2 and will be hoping to extend that lead. However it seems that she has not shaken off the injury that she got in Rome, badly struggling in the first round against qualifier Sharief. It remains to be seen how much that injury is bothering her but if she is not at full strength against Ostapenko that could mean danger. She will be hoping for her opponent to give her a lot of free points and will also have to serve well for her to win this match.

If Pliskova was healthy I would predict a straight sets win for her. However she is not, and she also seems to be low on confidence. Ostapenko is one of the most hot and cold players on tour and you never really know what to expect from her. I am going to go with an upset here. I think the Latvian is high on confidence right now and her opponent is struggling. She is talented enough to beat the very best and I think she has what it takes to beat the world number 4. Ostapenko to win in three sets.