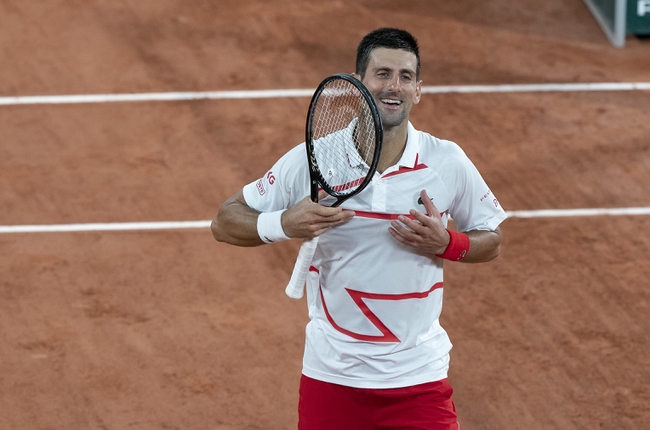 World Number One Novak Djokovic faces Lithuanian Ricardas Berankis in the second round at Roland Garros. This seems like a straightforward match on paper but they met a few weeks ago in Cincinnati and it was a very close encounter. Can Berankis keep it close or will Djokovic stroll into the third round?

Novak Djokovic comes into this year's French Open in supreme form, and is considered the favorite by many. While the King of Clay Rafael Nadal is usually the overwhelming favorite, he struggled in Rome after a long break while Djokovic won the title. He still has not lost a completed match in 2020 and will be expecting to extend that streak for the duration of this tournament. Djokovic is a major contender at every tournament he plays and will be hungry to capture his second Roland Garros crown. Djokovic was in great form in the opening round dismantling Mikael Ymer for the loss of just five games.

Ricardas Berankis has had a solid career and is a good player, but he is not the type of player that is known to cause huge upsets. He was in good touch in the opening round defeating clay court specialist Hugo Dellien in straight sets. Berankis is in the second round in Paris for the first time in his career, and is not known for his clay court prowess. However he is a solid all around player and will fight to the very end. He will have to play the match of his life to even make this competitive.

Novak Djokovic will win this match easily. He is always a threat to win every major and is playing with a chip on his shoulder after the criticism he received for his US Open default. He will look to control this match early and should do so easily as he is stronger than his opponent in all areas. The world number one will cruise to victory in straight sets.