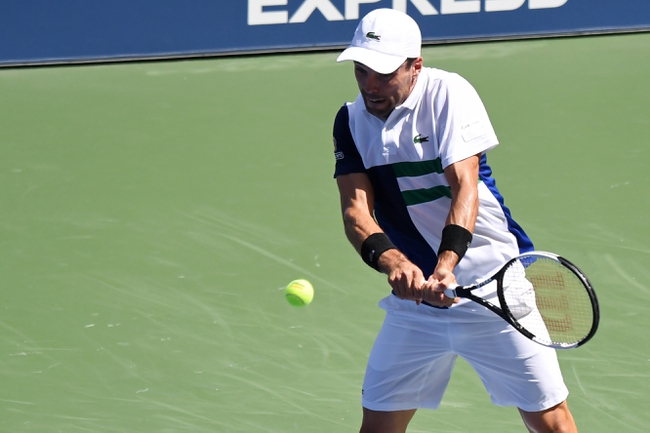 Tenth seeded Spaniard Roberto Bautista Agut faces the Hungarian veteran Attila Balazs in the second round of Roland Garros 2020. Both players had convincing first round victories here in Paris and will be looking to go even further.

Roberto Bautista Agut is not your typical Spaniard in that he prefers the hard courts to the clay. However he still has had some success on the surface, winning one title and reaching the semifinals of the ATP-1000 Madrid event back in 2014. RBA is known for being one of the fittest and most consistent players on tour. However his flat groundstrokes are more suited for the quicker hard courts. He also has a reputation for being one of the smartest players around so he will be a dangerous opponent on any surface. He reached the quarterfinals in Hamburg last week losing to eventual champion Andrey Rublev, and had a very impressive straight set victory over Richard Gasquet in the first round here.

Attila Balazs has made it into the second round of a Grand Slam the first time in his career, and at 32 years old recently broke into the top 100. He is a steady player without any big weapons which will spell danger against a top ranked player. He will be hoping for a miracle here in Paris which is really his only chance of winning this match. His defense should be no match for the offensive game of Bautista Agut and he will be hoping to avoid a blowout.

RBA will win this match. As mentioned before he is not at his best on clay, but he is still good enough to win a few rounds here. He will surely have his eyes on reaching the Round of 16 here for the first time in his career and should overpower his Hungarian opponent quite easily. It will be a shocker if anything other than a straightforward RBA win happens here. Roberto Bautista Agut to win.