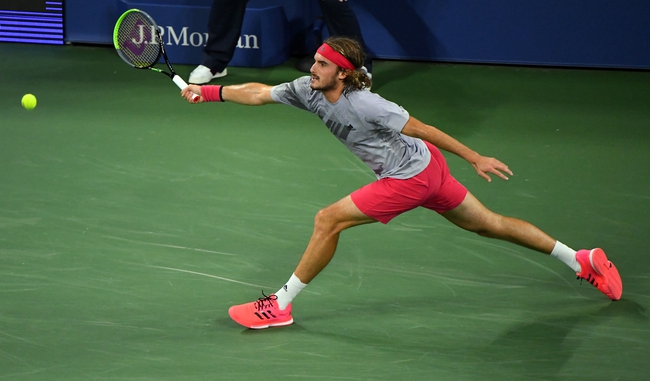 It is a rematch of the Hamburg Open as Stefanos Tsitsipas meets Pablo Cuevas in the second round of the 2020 French Open on Thursday, October 1st 2020. Will Cuevas be able to get more out of this match than he did in Hamburg, or will Tsitsipas be able to get the job done again?

Pablo Cuevas put on a solid performance in the first round here in Roland Garros, beating Laaksonen in 4 sets. Cuevas is a real threat on clay as his game is perfect for the surface. Cuevas can hit some of the best shots in the game and every time he steps onto the court he puts on a highlight reel. With this said, Cuevas will look to capitalize on two aspects of Tsitsipas' game tomorrow. Tsitsipas is exhausted after having to fly over from Hamburg and play on Tuesday in a 5 set thriller against Jaume Munar, and now he has had less than two days to recover before going against Cuevas who will bring the game to him. If Cuevas is to win, he will do so because Tsitsipas is tired.

Stefanos Tsitsipas put on an absolutely incredible comeback on Tuesday, coming back from 2 sets down against Jaume Munar to win in 5 sets. Tsitsipas was clearly not comfortable on the wet and cold conditions here in Paris and it took some time for him to adjust, however, once he adjusted to the surface, Munar had no chance. Tsitsipas, and even his fellow finalist in Hamburg Rublev, were able to put on solid comebacks, but will he be able to recover in time and be at 100% for Thursday's encounter against Cuevas?

This is going to be the fourth meeting between both players, with Stefanos Tsitsipas leading the head to head 3-0. Their last meeting was just last week where Tsitsipas managed to win in straight sets. Tsitsipas was pushed to his limits in that first set against Cuevas and nearly lost it, however, he was able to maintain his composure and win that match easily in the end. I think Tsitsipas will still win this match as his game is much better than Cuevas', however, do not be shocked if Cuevas can steal a set here from a Tsitsipas who must be exhausted.