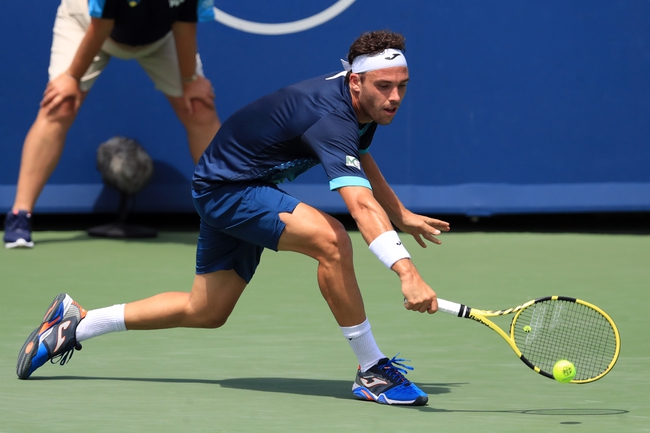 Alexander Zverev meets Marco Cecchinato in the third round of the 2020 French Open. Will Zverev drastically improve from his performance on Wednesday against Pierre Hughes-Herbert, or will Cecchinato's incredible clay-court game be able to get the better of the German?

Alexander Zverev showed us why he is still not regarded as the next big thing in tennis. Zverev is a great player don't get me wrong, but a player who can get the yips continously on their serve will not be as successful as his other peers. Zverev came through that match luckily and that is only because PHH had some nerves as well which prevented him from taking advantage of the many opportunities he had in the 2nd set. Zverev will have to come out here on top of his game as he now meets a player who is very solid on the clay courts, and has had some success here in Paris, Marco Cecchinato.

Marco Cecchinato put on a solid performance against Juan Ignacio Londero on Wednesday, beating the Argentine in 4 sets. Cecchinato is looking rejuvenated after having had a tough 2019 season. Cecchinato loves to play here in Paris at the French Open and he had his breakout tournament here, reaching the 2018 French Open Semi-Finals. Cecchinato moves beautifully on a clay court and he is able to hit some beautiful shots such as his drop shot. I expect Cecchinato to back himself highly here and to put on a show for the French fans.

This is going to be the second meeting between both players, with Alexander Zverev winning their first and only encounter. Their encounter was this year at the Australian Open and Zverev was able to come through in 4 sets. Cecchinato is not as solid on hard courts as he is on clay and I think this match is going to have a very different outcome. Cecchinato is feeling much better about his game and when he is confident and on clay, he can cause trouble to some of the best players. I think Zverev cannot afford to make the same mistakes as he did against PHH on Wednesday, because Cecchinato will not give anything up easily. I think this is going to be an upset, Marco Cecchinato to win.