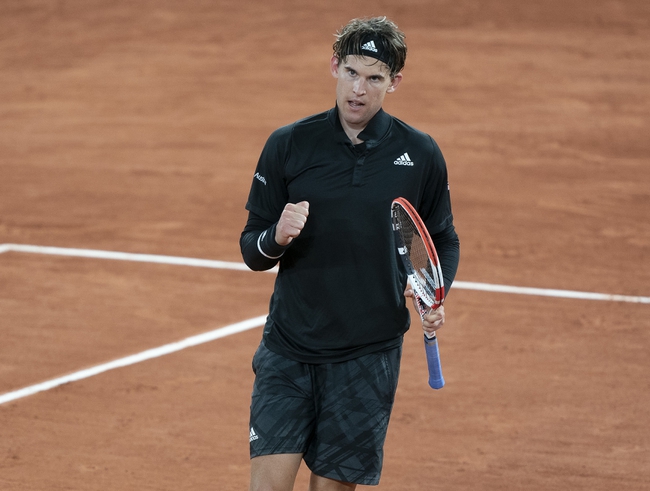 A titanic battle awaits us in the third round of the 2020 French Open. US Open Champion and number three seed Dominic Thiem faces Casper Ruud in what is sure to be an exciting match. As one of the top players in the world, Thiem is still a big favorite but Ruud is very good on clay and has upset some highly ranked players recently so it will be sure to be a great match.

Dominic Thiem has been branded for years as Rafael Nadal's heir to the French Open Crown. He has come very close before, losing in the past two finals to Nadal. Doubts were raised when he decided to skip the warm up events after his title run in New York, but he seems to have adjusted to the clay already, notching two convincing straight set wins over Marin Cilic and Jack Sock. Thiem is an ultra-aggressive player and moves especially well on clay. After Nadal's struggles in Rome he is an equal favorite for the title here, along with Djokovic and Nadal. He will surely be highly motivated and eager to capture his first French Open Title.

Casper Ruud of Norway has had some excellent results lately. He was a semifinalist in both Rome and Hamburg, and routinely dispatched Sugita in the first round, losing only 5 games. He has a heavy baseline game but his main strengths are his footwork and movement, which rival anyone on tour. He is also an aggressive player, and while many will not expect him to win this match he will feel confident in his game due to his recent results and will look to push Thiem as much as possible. He has the game to make it close if Thiem is not at his best and it will be a fascinating match to watch, definitely the pick of the third round matches.

It is almost unfair that this is a third round matchup as it should have the quality of a quarterfinal or better. These are two of the best clay court players in the world and will be an exciting match. As much as I am a fan of Ruud's game, he does not have the firepower to beat Thiem here. I expect that the match will be very close, and if Thiem is even slightly off then Ruud can win a set but Thiem is so confident in his ability that he will come through here. Dominic Thiem to win in four sets is the prediction.