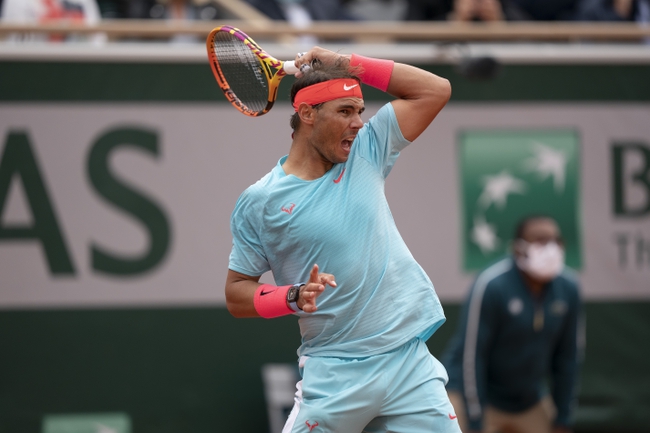 Rafael Nadal meets Stefano Travaglia in the third round of the 2020 French Open on Friday, October 2nd 2020. Will the clay loving Italian be able to cause any trouble to Rafael Nadal, or will the King of Clay continue to march on easily here in Paris?

Stefano Travaglia put on a solid display of clay court tennis on Wednesday, defeating Kei Nishikori in a thrilling 5-setter. It was such a close match from the start to the finish against Kei and it was great to see Travaglia be able to keep up with a player who has much more experience and high-level experience on a tennis court. Few men have beaten Kei Nishikori in a 5th set, as Nishikori has a 24-7 win/loss record when playing in a 5th set, however, Travaglia was able to cement his name onto that list. Travaglia will now have to put on another performance of a lifetime if he is to get anything out of this match against Rafael Nadal.

Rafael Nadal had such an easy match against Mackenzie McDonald, beating the 25-year-old 6-1/6-0/6-3. McDonald had no chance of getting anything out of Rafael Nadal, and this was proven right. Nadal stepped on the court and absolutely demolished his opponent. It was also a way for Rafa to get some practice in for how he can win points differently here in these tougher clay conditions this year. Rafael Nadal is preparing himself for another Final here in Paris and he is going to run through anyone in his path.

This is going to be the first meeting between both players, and unfortunately for Travaglia, even if he puts on a performance of a lifetime, he stands no chance of getting anything out of this match. Travaglia and Nadal are on two completely different levels and Nadal is never going to lose to an opponent like him. Rafael Nadal will come out here and put on a performance worthy of a 13th French Open title. I expect this match to be done in straight sets and Travaglia to perhaps get a maximum of 7 games out of 3 sets.