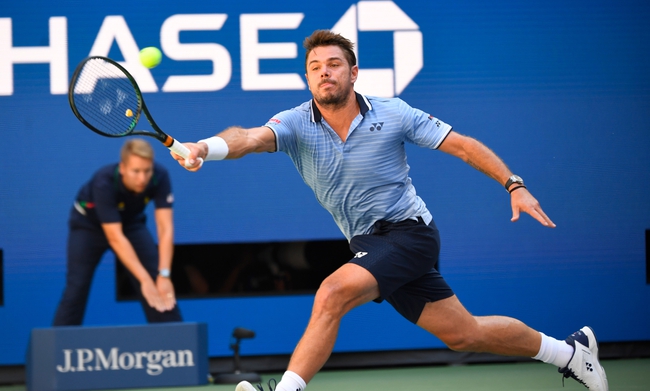 Stan Wawrinka continues marching on here in Paris as he meets Hugo Gaston in the third round of the French Open on Friday, October 2nd 2020. Will the Frenchman Gaston be able to cause a shocking upset, or will Wawrinka continue his superb run?

Hugo Gaston came through a very tight 4 set encounter against Yoshihito Nishioka in the second round on Wednesday in a match that could have gone either way. Gaston was able to counter Nishioka's superb movement with his aggressive play and he was able to come out of that match to book his spot in the third round of the 2020 French Open. Gaston is a relatively unknown player and therefore that win was probably the biggest in his career. However, Gaston now faces someone much tougher to beat, the 2015 Roland Garros champion, Stan Wawrinka. Gaston will have to be on top of his game if he is to get anything out of this match, but will he be able to even if he plays his best?

Stan Wawrinka was superb in his second round encounter against Dominik Koepfer, beating the in form German in 4 sets. Wawrinka lost the third set and that might worry some, however I believe it was just a lack of concentration as he knew he would win the match easily once he won the first two sets. Wawrinka is looking in solid form here in Paris and it will be interesting to see if he can keep this level of play up against some of the big players in the later rounds.

This is going to be the first meeting between both players, and it is going to be a walk in the park for Stan Wawrinka in my opinion. Hugo Gaston does not have the game to challenge the Swiss and Wawrinka is looking on top form at the moment. I expect this match to be relatively quick and I think Gaston will not even steal a set. Wawrinka will want to get this one done quickly and put at easy any rumour surrounding his loss of the third set against Koepfer. Wawrinka to win in straight sets.