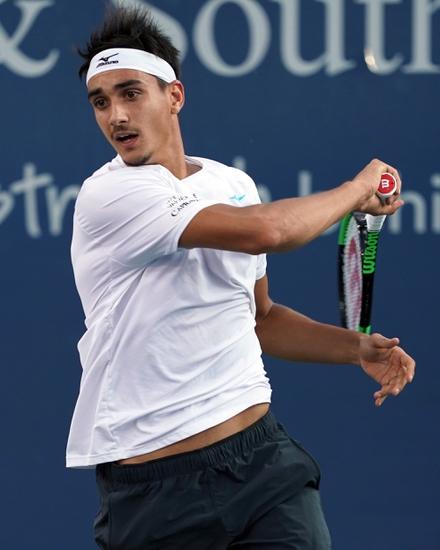 Taylor Fritz, the 27th seeded American faces rising Italian Lorenzo Sonego who has shot up the rankings over the past year, now at a career high #46. Both players have had similar paths to the third round here in Paris, both winning the opening round in five sets and then having a straight sets victory in the second round. Who will be able to reach the Round of 16 at Roland Garros for the first time?

Taylor Fritz is not known for his clay court prowess and reaching the third round here already represents a career best. Fritz is ranked higher and has also beaten Sonego before, so he will be confident in his chance of a victory. However that win was at Wimbledon last year, on a surface that favors the American. He seems to be struggling with confidence after losing to Shapovalov in New York after serving for the match, and had early round losses in both Rome and Hamburg. He was also down two sets to love to unheralded Machac in the first round but was able to squeeze out a tight match. He looked a lot better in the second round, winning impressively in straight sets against a tough opponent in Radu Albot. As always, he will be relying on his huge serve and powerful game to see him through, despite those not being as big weapons on clay as they are on faster surfaces.

Lorenzo Sonego also struggled in his opening round, needing five sets to beat Emilio Gomez, and similarly to Fritz had a very impressive win over Alexandr Bublik in the second round. He will surely be full of confidence after that victory. He is a clay court specialist with most of his Challenger Tour success coming on the surface. He had a great year in 2019 but has not enjoyed the same success this year, having inconsistent results. He comes into Roland Garros in fairly poor form, losing early in the warm up tournaments.

I predict that this match will go the distance. Fritz is the better player at this stage in their careers and if he playing with high levels of confidence I would probably pick him to win, but Sonego is more comfortable and confident on clay. It really can go either way but I am going to go with Sonego to come away with a hard fought victory.