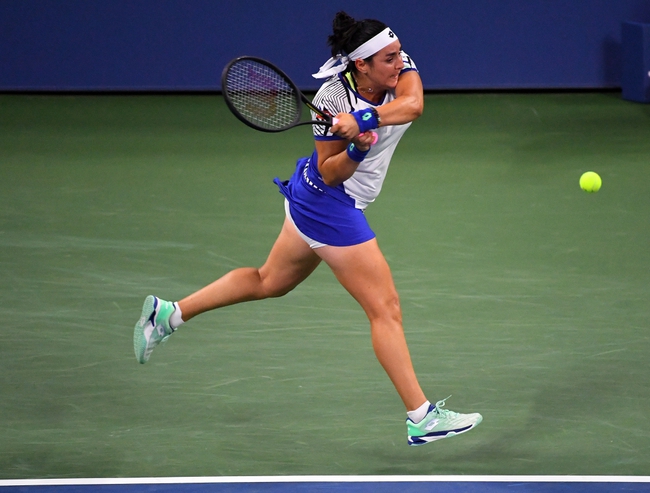 World Number 12 Aryna Sabalenka of Belarus faces Tunisian Ons Jabeur in the third round of the 2020 French Open which is set to be an exciting encounter. Will Jabeur have what it takes to take out the number 8 seed?

Aryna Sabalenka comes into this match in good form. She reached the semifinals in Strasbourg and had two impressive wins here so far, beating Pegula and Kasatkina in straight sets. She isn't known for her clay court game but a former top 10 player is always a dangerous opponent. Her game is definitely more suited for hard courts though, with powerful, flat strokes on both sides. She is extremely error prone and will need to keep that under control. She has struggled with her serve in the opening two rounds, being broken numerous times. Her opponent is too good to not take advantage of that so Sabalenka will need to rectify those issues as soon as possible.

Ons Jabeur is ranked #35 and is also a dangerous player. She has had a lot of success on clay at the lower levels and has equaled her career best result at Roland Garros in 2020. She has a very flamboyant playing style which can unsettle a lot of players. She is capable of big hitting but loves to mix it up with slices and drop slots, which can be a very effective tactic on clay. She comes into Paris in poor form, surprisingly losing to Coco Gauff in Rome. She was pushed to three sets in her opening match but was more impressive in the second round, dismissing Hibino in straight sets.

This promises to be a very close encounter. Both women are capable of winning this match so it may come down to who wants it more and can keep the errors to a minimum on the day. With that being said I am going to pick Aryna Sabalenka to win this match, likely in three sets. She is the higher ranked player and comes into this match in better clay court form. This is a match that I would probably avoid but I give the slight edge to the Belarusian here. Sabalenka to win.