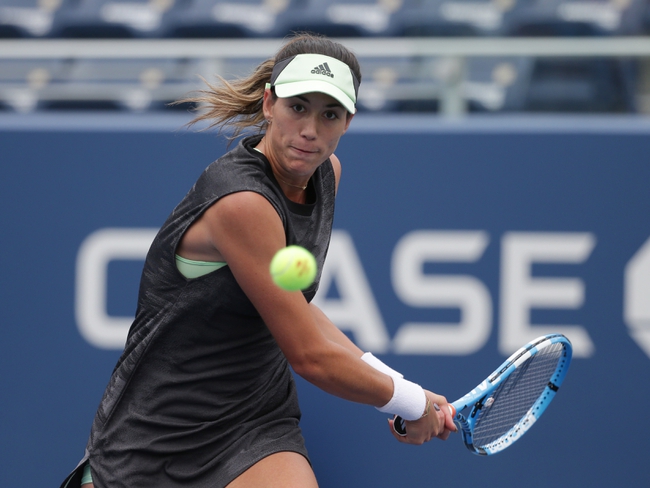 World Number 15 and former champion Garbine Muguruza faces #57 ranked American Danielle Collins in the third round here at the 2020 French Open. This will be their second career meeting with the Spaniard winning last year in a hard fought three setter on clay in Rome.

Muguruza struggled in her opening round match, coming close to losing against Tamara Zidansek. She recovered from that to record an impressive straight sets win over Kristyna Pliskova in the second round. Muguruza is an extremely aggressive player and can struggle with consistency at times. When she is confident she is hard to beat so it will be interesting to see if she is doubting herself after that first round struggle. She was in good clay court form prior to Roland Garros, reaching the semifinals in Rome and will expecting to contend for this title. Muguruza has struggled with her serve early on here in Paris and that is something that will have to be rectified if she expects to go deep here.

Like her opponent, Danielle Collins had a struggle in her opening round match before winning the second round in straight sets. The former top 25 player has never reached this far at the French Open, so she will already be happy with this year's performance. However she is known as a fighter and will not be satisfied, looking to go even further. She is also a very aggressive player but tends to make more errors than Muguruza so this is something that she will have to keep an eye on. She certainly has the tools to trouble Muguruza but she will have to be at her very best.

I think that Danielle Collins will make this match competitive but I am picking Garbine Muguruza to come out on top. She has had much more success on clay (and at Roland Garros) than her opponent, and is much higher ranked for a reason. Once she serves well I expect her to be too much for Collins to handle. Her aggressive game will force errors from Collins and allow her to win this match. Garbine Muguruza to win.