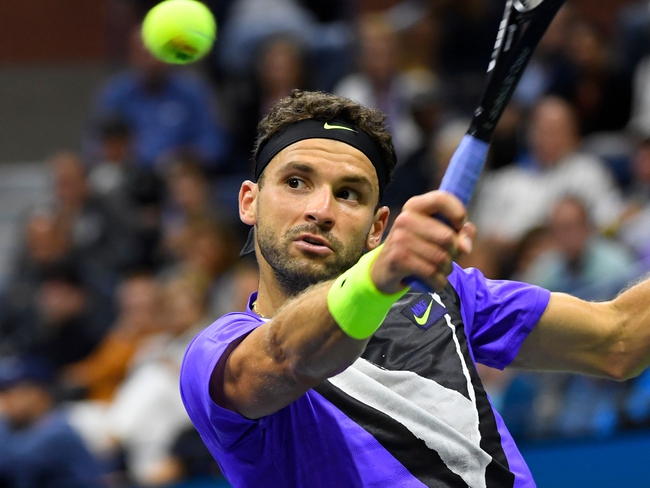 World Number 20 Grigor Dimitrov of Bulgaria squares off against giant killer Roberto Carballes Baena of Spain, who stunned Denis Shapovalov in the second round here at the French Open 2020. Carballes Baena who is ranked a lowly #101 was able to defeat one of the most in form players on tour. Will he be able to pull off another upset?

Grigor Dimitrov comes into Paris in good form, having reached the quarterfinals in Rome. He had a good win against rising star Jannik Sinner before losing in three sets to Shapovalov. The former World Number 3 has never been known for his clay court play with this third round showing equalling his career-best. He is still a very dangerous opponent who is starting to rediscover his form after struggling with injuries for the past few years. He is very solid from all areas of the court and is known to have one of the best backhands in the game. He will be looking to continue his good run of form and reach the 4th round for the first time.

It is a surprise that Roberto Carballes Baena is still in this tournament. He is a solid player and has had some good results on the clay, but not many would have predicted that he would beat the 9th seeded Canadian. He was also very impressive in his first round match, beating Steve Johnson for the loss of only two games. He will be full of confidence and looking to pull off another upset. A typical clay court specialist, he moves very well and is very solid from the baseline, without any real weapons.

The Spaniard will be very confident after his run but it would be a huge surprise if he was able to win this match. Dimitrov is a lot more mature than Shapovalov and is not likely to get hot headed and give free points away. As long as he is focused he should win this relatively comfortably. Carballes Baena has the potential to win a set but I don't give him much chance of advancing. Grigor Dimitrov to win.