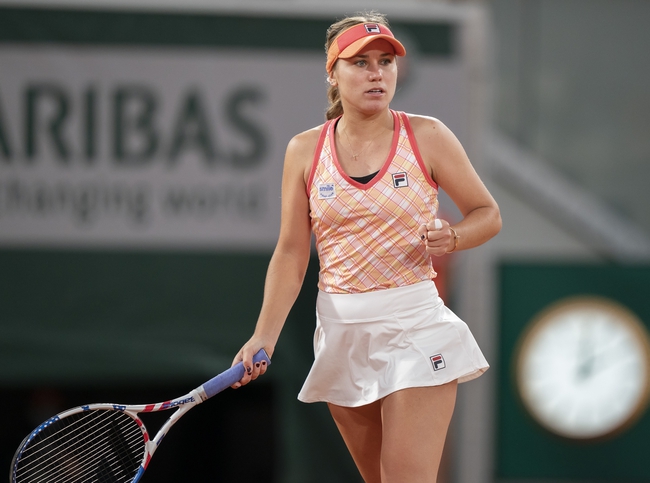 Fourth seeded American Sofia Kenin faces Irina Bara in the third round at the 2020 French Open. This match seems relatively straightforward on paper but that isn't necessarily the case. Will the Romanian qualifier continue her dream run in Paris?

Irina Bara is a surprising name to see in the third round here at Roland Garros. She had never even been to the final qualifying round at a Major, much less the main draw. She is currently ranked #142 but sailed through the qualifying rounds without dropping a set and then scored a huge upset by defeating the 26th seed Donna Vekic in a very impressive performance. This week has already been a dream come true for her but without any pressure and given the form of her opponent she will surely be backing herself to put up another great performance.

World #6 Sofia Kenin arrives in Paris in poor form. She was demolished 6-0, 6-0 by Victoria Azarenka in the first round in Rome (becoming only the 6th Grand Slam Champion to receive a double bagel) and then was stretched to three unimpressive sets against unfancied opponents in rounds one and two here. She has a unique style of play and is effective when counter-punching and being aggressive. Her main weapon is her inside-out forehand and she will be looking to utilize that in this match to gain an upper hand. If she keeps her unforced errors low then she will like her chances.

I think that this match will be closer than many believe. While it is a mismatch on paper due to the huge gulf between their rankings, Bara is at home on the clay courts and she is meeting an elite player who is very low on confidence and form. This could go two ways - a dominant performance by Kenin helping her to regain her confidence, or a long and drawn that goes the distance. I think that the latter is more likely. Kenin has been poor so far in Paris and it is difficult to turn that around. I expect her to win, but it won't be pretty. Sofia Kenin to win.