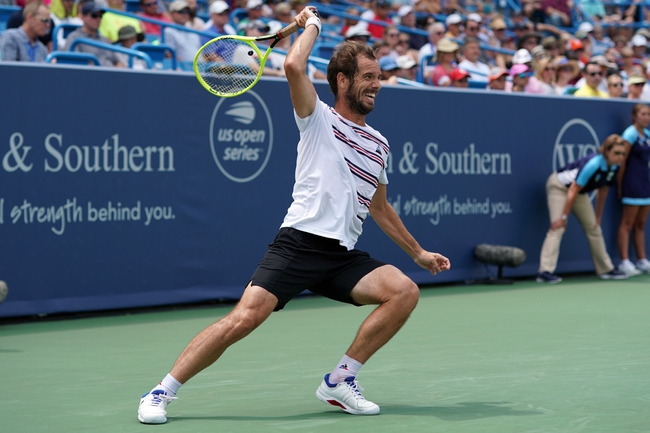 Richard Gasquet of France faces American Taylor Fritz in an interesting matchup in the First Round of the 2020 Paris Masters. The match will take place on Tuesday November 3rd, 2020 at approximately 7:20am EST. This is the final ATP-1000 event of the season and both players will be eager to finish the year strongly. Will it be the young American or the French veteran that advances to the Second Round?

Richard Gasquet has had a fairly disappointing year and his career has been in a slow decline over the past few years. Once touted as a future number one player, he has had a successful career, being ranked as high as number 7 in the world. He has seen his ranking slip out of the top 50 and enters Paris in poor form, having lost in the First Round in his past three tournaments. He still boasts an impressive game however, and will be backing himself to use his experience to come out on top here. His backhand is still one of the best on tour and he has a very tricky style of play with a lot of variation, unsettling his opponents.

Taylor Fritz has had a mixed year. He started off well with a Finals appearance in Acapulco but has struggled since the restart. Since a Third Round appearance at the French Open he has won one out of his past four matches and will be looking to make amends here. He possesses a huge serve and powerful forehand which he can use to dictate play on these fast indoor courts. However he sometimes lacks focus and patience, and tries to end the point too early. Against a veteran like Gasquet that could mean trouble as he will surely take advantage.

I think that this match will be very close, likely three sets. However I am going to pick the Frenchman to win here. His variety is sure to frustrate the young American who is well known for having a short fuse. If Fritz serves well he is definitely capable of winning here but the smart money is on Richard Gasquet to advance.