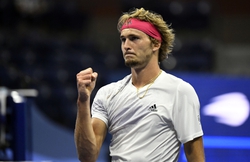 Alexander Zverev meets Jannik Sinner in the fourth round of the 2020 French Open on Sunday, October 4th 2020. This is going to be an extremely tight match with two players who when they are on top of their game, are close to being unstoppable. Will Zverev use his experience to power through, or will Sinner be able to reach his first career Grand Slam quarterfinal?

Alexander Zverev came through a very hard-fought match against Marco Cecchinato although the scoreline might not suggest it. Zverev proved to us that he can serve strongly and that he does not always crumble under pressure. I personally did not believe Zverev could do it, but he proved me wrong. Zverev came out, served superbly and was able to fight back from a break down in the second set to ensure this match was over in straight sets. However, Zverev will have to step his game up big time if he is to stand a chance against another in form Italian.

Jannik Sinner is just continously improving and he is going to be a player who is hard to beat in the next year. Sinner came through an easy straight sets victory against Federico Coria in the third round here in Paris and he will look to come through this match against Alexander Zverev is he comes out and plays his best tennis. Sinner has a massive serve and has both a solid forehand and backhand. The only aspect which is missing from his game is the experience and knowledge to push you through potential tough moments in matches, however, that will come with time.