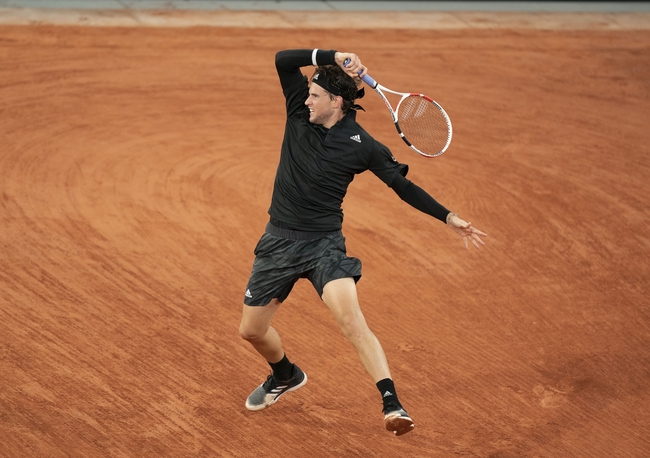 Third seeded Dominic Thiem of Austria faces the French giant killer Hugo Gaston in the fourth round of the 2020 French Open. Thiem is one of the favorites for the title and has been in suberb form, but the little known Gaston is making a name of himself here in Paris, defeating former Stan Wawrinka in the second round. Will he have the game to bother the 2020 US Open Champion?

Dominic Thiem is one of the premier clay court players in the world and has to be considered the main challenger to Rafael Nadal's throne as the King of Clay. He didn't play any of the the warm up tournaments as he was resting after his first Grand Slam victory at the US Open. It hasn't seemed to have affected him as he has been in dominant form, breezing through the draw without having lost a set. He is a very aggressive player and will surely look to win this match as convincingly as possible, to conserve energy for the seemingly inevitable clash against Nadal in the semifinals.

Hugo Gaston has no business being in the fourth round, at least on paper. He is ranked outside the top 200 in the world and even he wouldn't have believed he would be here at this moment. He had a huge upset over Stan Wawrinka in the last round and he is surely full of confidence heading into this matchup. His heavy lefty groundstrokes can trouble many players but it remains to be seen if he has the weapons to trouble the "Heir to the clay throne". He is definitely one for the future but he will have to be at his absolute best to even make this competitive.

Dominic Thiem will win this match. Gaston has done incredibly well to get to this stage and he will surely be here at this stage again in the future. As well as he is playing, he is playing against one of the world's best players who is supremely confident in his ability to win this tournament. I am predicting that Thiem will win in straight sets. Dominic Thiem to win.