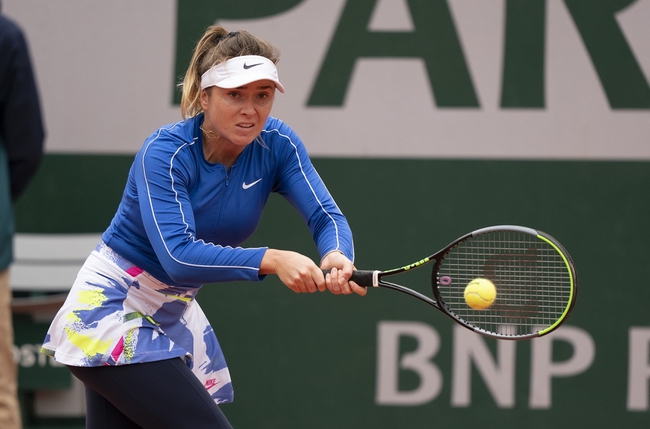 Third seeded Ukranian Elina Svitolina faces Caroline Garcia of France in a very intriguing fourth round matchup at the 2020 French Open Championships. This has the makings of a very close battle and it will be interesting to see who comes out on top.

Caroline Garcia is a former top 5 player but has struggled with form and injuries over he past few years. She looked out of sorts coming into Roland Garros, losing early in Istanbul and Rome. However since she has arrived in Paris she has been outstanding, with impressive wins over Kontaveit, Sasnovich and especially Elise Mertens who was considered a dark horse title candidate. Garcia is an ultra aggressive player and certainly one that the top players hope to avoid early on in the Slams. Her biggest downfall is inconsistency. It is hard to predict how she will play on any given day but she seems to be stringing some good results together.

Elina Svitolina is one of the most in-form players in the world at the moment. She entered Paris having reached the quarterfinals in Rome and winning the title in Strasbourg. Other than surprisingly losing a set to Zarazua in the second round, she has been in tremendous form here. She also struggles with confidence so it will be interesting to see how she reacts if Garcia gets off to a strong start.

I expect this to be a very close encounter which really can go either way. Svitolina has to be considered a title contender here but Garcia is capable of causing the upset. She actually leads the head to head by 3 matches to 1, including the last three matches they played. The outcome really comes down to Garcia. If she plays well, she has a good chance of winning. If she has an erratic day (which she is prone to) then it is unlikely she will be able to overcome the consistency of Svitolina. I would probably stay away from this one, but if I had to I would pick Svitolina to win in three close sets. Elina Svitolina to win.