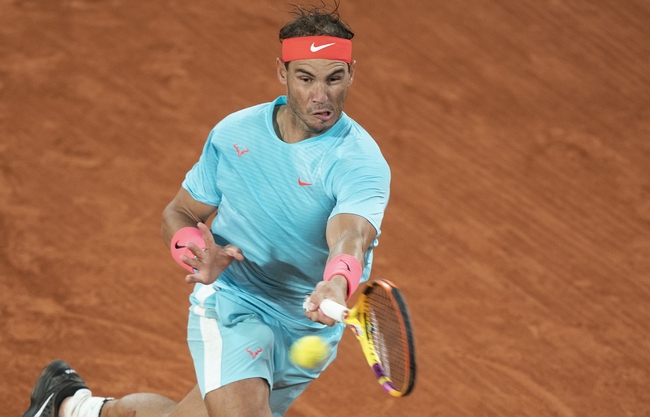 Rafael Nadal takes on one of his long-time fans, Sebastian Korda, in the fourth round of the 2020 French Open on Sunday, October 4th 2020. Will Korda be able to cause a shocking upset against his idol, or will Nadal continue cruising and coming one step closer to his 13th French Open title?

Sebastian Korda has been the stand out youngster here in Paris, putting on solid performances against players who you would think would win against him. Korda has beaten the likes of John Isner here in Paris and I am sure he will have a bright future in the ATP Tour. However, now Korda has to face his idol in a match where he honestly stands no chance of getting anything out of. Korda will be overwhelmed by the occasion in my opinion and will be in lust when he sees Rafa. I believe Koda will have to mature as a player if he is to even steal a set here.

Rafael Nadal has been superb here in Paris, walking through his competition without any issue. In his third round match, Nadal beat Stefano Travaglia in straight sets, only losing 4 games to the Italian. Nadal is the favourite here in Paris and rightly so. I believe that Nadal, especially with his side of the draw is a safe bet to reach the final without losing a set. Nadal has adapted strongly to the conditions here in Paris although he complained in the beginning, and I believe he is in top form to retain his title.

This is going to be the first meeting between both players and this is only going to end in one way. Sebastian Korda does not have the game, nor the mentality to compete with Rafael Nadal. Korda will be in complete lust of his idol and his game will not be able to handle the brute strength and dominance of Rafa. I expect this match to be a straight sets Rafael Nadal victory, with Korda potentially getting a maximum of 6 games out of it. Unfortunately for Koda, this is not a fairytale.

The pick in this article is the opinion of the writer, not a Sports Chat Place site consensus.
Previous Pick
Paris Masters: Matteo Berrettini vs. Marcos Giron 11/03/20 Tennis Prediction
Next Pick
French Open: Elina Svitolina vs. Caroline Garcia - 10/04/20 Tennis Prediction