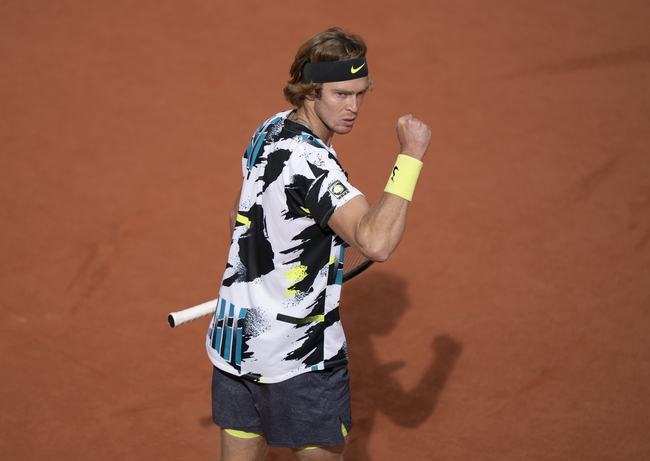 Andrey Rublev meets Marton Fucsovics in the fourth round of the 2020 French Open on Monday, October 5th 2020 in what is going to be a very exciting matchup to open up the day. Will Fucsovics continue his under the radar superb run of form, or will Rublev stop the Hungarian?

Marton Fucsovics has been managing his way through the pack here in Paris, beating the likes of Daniil Medvedev but since then going under the radar but putting on a solid show. Fucsovics is a very solid player, especially on clay, and he will want to show everyone that he should not be underestimated. Fucsovics will now face a very tough challenge in Andrey Rublev, and he knows he is going to have to be on top of his game if he is going to stand a chance here against the fiery Russian. Fucsovics has already knocked out a top Russian player, can he do it again?

Andrey Rublev is just in superb form at the moment, winning the Hamburg title a couple weeks ago and now in the fourth round of the French Open is only helping his case to be widely recognised as one of the best in the game. Rublev knows he deserves to go further here in Paris, and if he continues to play the way he has, he certainly will. Rublev has a sniper serve and an extremely powerful game. Rublev has improved a lot as of recent, becoming more patient in his playing patterns and knowing when to attack his opponents to get the results he wants.

This is going to be the second meeting on the ATP Tour between these two players, with Marton Fucsovics leading the head to head 1-0. I think the last time they met Rublev was a much different player than he is now. Fucsovics has remained quite consistent in his level throughout his career, however, Rublev has become so much better in recent years. I expect this to be a Rublev victory, and I think if Rublev plays the same way he did against Kevin Anderson, this will be over in straight sets.