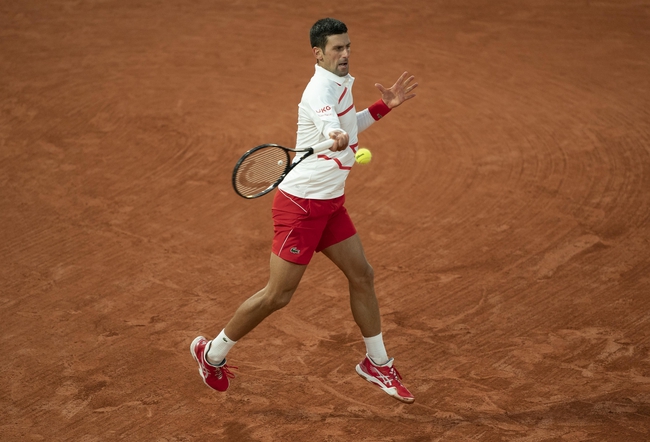 World No.1, Novak Djokovic, meets friend and rival, Karen Khachanov, in the fourth round of the 2020 French Open. Will Khachanov find his old game level which has allowed him to beat Novak Djokovic in the past, or will this be another complete domination by the Serbian?

Karen Khachanov has been very solid here in Paris which if you had predicted from the way he was playing the two weeks prior to the French Open, people would have laughed at you. Khachanov has concentrated on improving his game and I believe that the wet conditions here in Paris have helped him do just that. We all know that when Khachanov is on top of his game he is extremely hard to beat. I expect Khachanov will still need to find more levels above this sort of play because if he lacks the consistency, he will not be as successful as his fellow Russian friends and players.

Novak Djokovic has been in cruise control here in Paris, not losing a single set in his first 3 matches and putting on a show in all of them for the few fans that are able to attend. Novak Djokovic knows that this year is one of his best chances to win at Roland Garros with the likes of Federer not playing and also many of the top seeds being knocked out of the draw already. Djokovic has two threats here in Paris, Dominic Thiem and Rafael Nadal, and he will ensure he gets all the necessary preparation on the court before meeting either of those two, to ensure he is ready to compete at his best.

This is going to be the 5th meeting between both players, with Novak Djokovic leading the head to head 3-1. Khachanov won his biggest title to date at the Masters 1000 in Paris in 2017 when he beat Djokovic in the final, however, since then Djokovic has beaten him 3 times in a row. Novak Djokovic will not let Khachanov win here and Khachanov does not have the game to do so even if he played his best. Khachanov still has a lot of improvements to make in his game if he is to reach the top 10 again and I strongly believe he can do so, but it will take more time. I expect Novak Djokovic to win in straight sets here.