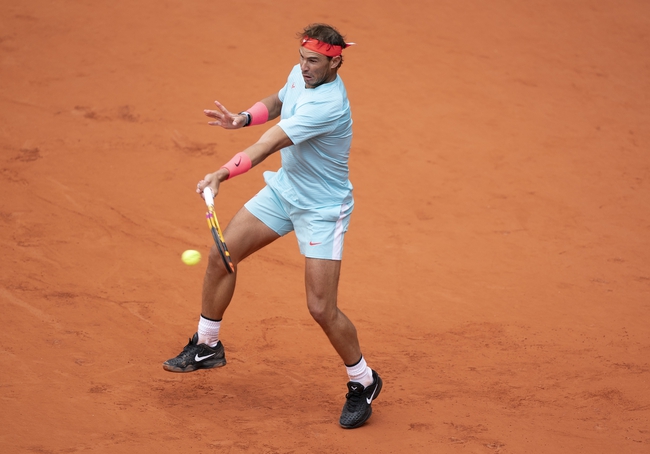 It is a battle of the generations as Rafael Nadal meets Jannik Sinner in the quarterfinals of the 2020 French Open on Tuesday, October 6th 2020. Will Sinner cause the upset of a lifetime here on Tuesday, or will Nadal end the young Italian's superb run?

Jannik Sinner came through a tight 4 set match against Alexander Zverev in the fourth round here at the French Open on Sunday, but in the end he was just better than Zverev in the tight moments. Sinner has been playing better than Zverev here in Paris and it was a shocker that Zverev was even considered the favourite in that match. Sinner now faces the toughest challenge he has had in his career as he meets the King of Clay on his favourite court. I expect Sinner to struggle here, but he can put up a fight, but will he be able to cause an upset?

Rafael Nadal was in cruise control in his fourth round encounter against Sebastian Korda, beating the young American in straight sets only losing 4 games. Nadal is looking better and better here in Paris and I am sure he is going to make the final here with ease. Nadal is a different player when he plays here in Paris and he is not going to lose to anyone other than Thiem or Djokovic who are his biggest threats. Nadal will know Sinner can be a dangerous opponent, and I am sure he will put his foot on the gas from the start here to prevent any sort of issues.

This is going to be the first meeting between both players and I only see this match going one way. Jannik Sinner of course if full of talent and has an incredibly bright future ahead, however, he is no match for Rafael Nadal. This is Philippe-Chatriet, a court where Nadal has dominated for over a decade, and he will not lose to an up and coming player here in his quest for his 13th Roland Garros title. I expect Nadal to come through this one easily, winning in straight sets.