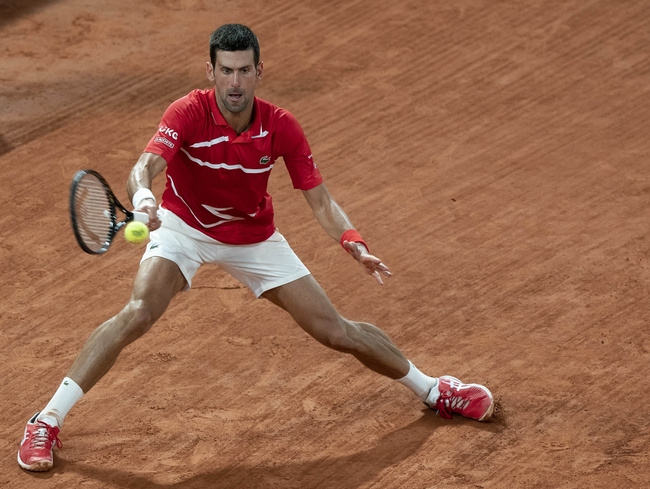 World Number One Novak Djokovic faces 17th Seed Pablo Carreno Busta in the Quarterfinals here at the 2020 French Open Championships. This is a repeat of the infamous US Open fourth round encounter between the two men where Djokovic was defaulted, for what is still his only loss of the year. He will surely be very motivated after that result and looking to put the record straight. Does the Spaniard have what it takes to send the Serbian superstar packing in the second successive Grand Slam Tournament?

Pablo Carreno Busta is hugely improved and is one of the top players in the world at the moment. He reached the semifinals in New York before losing in the opening round in Rome to Rafael Nadal. He has had some impressive wins here at Roland Garros, beating John Millman, Guido Pella and notably Roberto Bautista Agut. He will be full of confidence heading into this match and will be looking forward to this encounter. He is very solid from the baseline but will have to be more aggressive than usual to stand a chance as he cannot compete against Djokovic on defense, the Serb being one of the best of all time in that regard.

Novak Djokovic is in superb form here in Paris and is definitely one of the favorites for the title. He is known for his airtight defense but has been fairly aggressive here at Roland Garros 2020, taking the ball early and shrinking the court, making it very difficult for his opponents. He has reached this stage without dropping a set and will surely feel that this is his year to win a second French Open title given the question marks over Rafael Nadal's preparation for this event. He plays a similar game to his opponent but does everything just a little bit better so he will be hard to beat.

It would be crazy to go against Novak Djokovic here. He is the best player in the world at the moment, and has been arguably the most dominant performer in Paris thus far. He also is playing with a huge chip on his shoulder after all the criticism he received after the US Open and will be out for "revenge" against the only player who has recorded a win over him this year. Carreno Busta has the ability to keep it competitive but I don't give him much of a chance here. Novak Djokovic to win in straight sets.