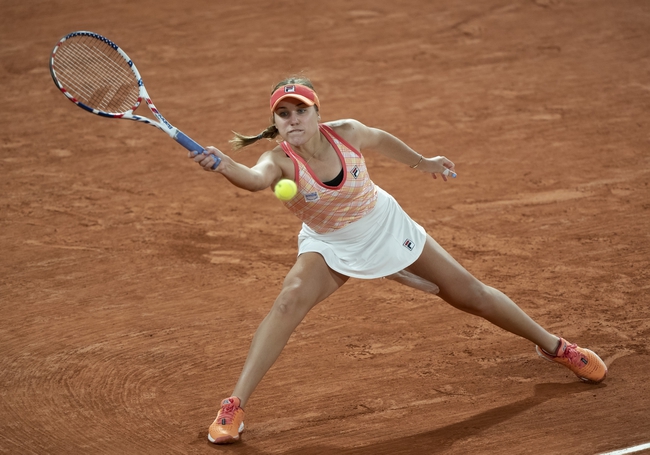 An All-American clash awaits us in the Quarterfinals of the 2020 French Open Championships. Fourth seeded Sofia Kenin takes on Danielle Collins for a spot in the Semifinals. Collins leads the head to head 3-0 but they have never played on clay before. Will Kenin continue her journey towards a second Grand Slam title or can her opponent pull off an upset?

Danielle Collins is not a name that many would have predicted to be still in the draw at this stage. She is in her first French Open Quarterfinal and has been on a giant-killing run, defeating Garbine Muguruza earlier in the tournament and Ons Jabeur in the fourth round. She has been stretched to three sets in all of her matches but has come out on top showing her determination and fighting spirit. This will be crucial in this encounter as Kenin has been known to have lapses in concentration. She is very much a power player and if she is striking the ball cleanly can definitely cause her opponent a lot of problems. She will also be full of confidence knowing that she has never even lost a set to Kenin.

Sofia Kenin has also been taken the distance in three of her four matches so far. She is not known for her clay court play but has shown that she is capable of competing on the surface. Her biggest strength is her ability to change the pace on the ball, and is very good at taking the ball early, removing time from the opponent. I have noticed that she struggles to slide effectively on clay and this can cause problems when playing a power hitter like Collins. Even though she has never won a set against her opponent she will know that she is a vastly more experienced player now and will back herself to reach a first French Open Semifinal.

I expect this match to go the distance. The two women know each other well and play very contrasting games. They have played numerous three set matches here at Roland Garros and I expect this trend to continue. It really can go either way but I believe that Kenin is slightly more hungry for this title and her belief in her game will eventually see her through. Sofia Kenin to win in three very close and entertaining sets.