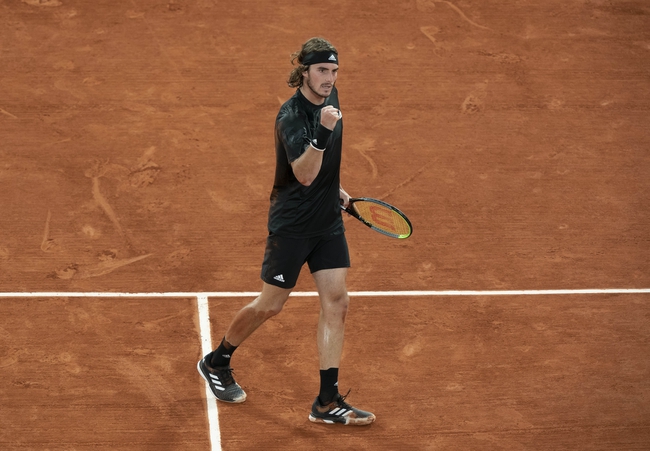 It is a rematch of the 2020 Hamburg Final of 2 weeks ago as Stefanos Tsitsipas meets Andrey Rublev in the quarterfinals of the 2020 French Open on Wednesday, October 7th 2020. Will the result be the same with Andrey Rublev victorious, or will Tsitsipas get his revenge?

Andrey Rublev was superb in Hamburg and put on incredible performances in all of his matches there, winning them convincingly. Rublev deserved to win the title in Hamburg, however, here in Paris it has been a bit different. Rublev has struggled in all of his matches here in Paris, except for two (against Davidovich Fokina and Anderson). Rublev's latest victory came against Marton Fucsovics, who really was in control of the match the entire time but lost it in very tight encounters. Rublev was down a set and 5-2 in the second, and Fucsovics handed Rublev a lifeline, similarly to what Sam Querrey did in the first round with Rublev when he was 2-0 and serving for the match at 5-3. Rublev has not been as dominant as you'd like to see here in Paris and he will have to increase his level a lot if he is to repeat his success against Tsitsipas here.

Stefanos Tsitsipas has bounced back superbly from his loss to Rublev in the Hamburg final, reaching the quarterfinals here in Paris and not losing a single set along the way, after his tough first round encounter against Jaume Munar. Tsitsipas is looking on top of his game and he has strongly adapted to the conditions here in Paris. I believe that Tsitsipas needs to continuously improve his game both here on clay and on grass as he already has a superb game on hard-courts. Tsitsipas knows he will have to face the man who just beat him 2 weeks ago, but I am sure he will be confident.

This is going to be the fourth meeting between both players, with Andrey Rublev leading the head to head 2-1. They met 2 weeks ago where Rublev won in 3 sets in the final in Hamburg, however, I think this will be a different story. Tsitsipas looked the better player in their prior encounter but ended up handing Rublev the match, however, Tsitsipas has been looking much more solid here in Paris. Rublev has struggled and he will not be as confident as Tsitsipas here. I believe Tsitsipas will win this encounter between these two great rivals.