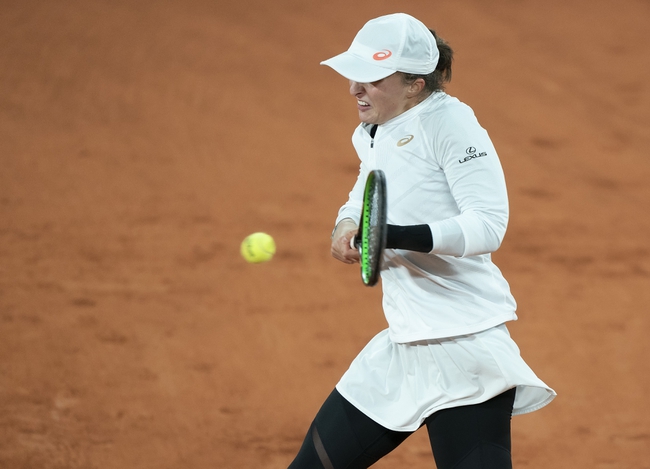 A very surprising Semifinal matchup awaits us at the 2020 French Open on Thursday October 8th. Iga Swiatek of Poland faces the Argentine Nadia Podoroska in what is probably one of the most unexpected Grand Slam Semifinals of all time. They have never faced each other before. Will the 54th ranked Swiatek reach her first Major final? Or does the Argentinian have what it takes to continue her fairytale run here in Paris?

Iga Swiatek is ranked number 54 but is certainly not an unknown player. She has had some good results this year and is generally known as a good yet inconsistent player. She seems to have put it together here in Paris, having reached the semifinals without dropping a set. This includes a huge upset of title favorite Simona Halep and a straight sets dismantling of last year's finalist Marketa Vondrousova in the opening round. She is considered by many bookmakers to be the favorite to win the title, a remarkable turnaround from someone who wasn't even favored to win more than a few rounds before the tournament began. She has a good serve and forehand, and those should win her a number of easy points throughout the match.

Her opponent, Argentina Podoroska is much more of a surprise package than the Pole. Prior to this tournament, she had never even won a qualifying match at a major and in fact, only had three tour level wins to her name. Ranked number 131, she had a stunning upset of Elina Svitolina in the quarterfinals, proving that her earlier wins were no fluke. She is a consistent and crafty player without many huge weapons. She will be hoping to wear her opponent down with a lot of long rallies.

This is a Semifinal that no-one could have predicted. All things considered, I am going to pick Iga Swiatek to win this match. Despite her young age she has a lot more experience at this level and will like her chances to win her first major title, with most of the top seeds been sent packing. I think she is a little more consistent than Podoroska and has a couple weapons that she will use to advance. Swiatek to win in straight sets.