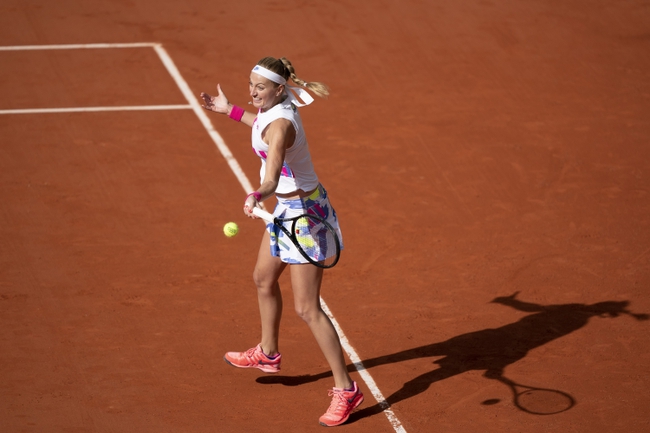 Fourth Seeded American Sofia Kenin faces seventh seeded Petra Kvitova in an eagerly anticipated Semifinal clash at the 2020 French Open Championships. This has been a strange tournament so far, in fact this is only the fourth match that is between two seeded players. Both former Grand Slam Champions are aiming to reach their first French Open Final, who will be left standing?

Sofia Kenin advanced to the Semifinals by defeating fellow American Danielle Collins in an inconsistent performance. Like the majority of her matches so far here in Paris, she struggled and was pushed to a third set. Despite all her struggles, she is still alive in the tournament and those gutsy performances will be giving her belief that she can go all the way. She has somehow willed herself to win and that is the mark of a champion. Her main strengths are her consistency, and her ability to mix her game up to suit multiple scenarios. She will have to be at her defensive best against the ultra-aggressive Kvitova.

Kvitova, a two-time Wimbledon champion, will contest the second French Open semi-final of her career – the first since a straight sets defeat to Maria Sharapova in 2012. Since then, she has mainly been inconsistent on the surface but seems to have put it together here. The slower and wetter conditions seem to be helping her aggressive game and she has been playing to her strengths well, utilizing her huge serve and forehand to overpower her opponents here. She hasn't been truly tested - not having faced a seeded player yet but she has been playing well and her vast experience seems to be getting her through.

This has the makings of a very long battle, likely going the distance. Kvitova has more power than her opponent, but Kenin is more consistent and is the better mover. They have totally different game styles and it should be an interesting match. I am going to give Kvitova the edge due to her experience. While hasn't had much success on clay, neither has her opponent and she Czech player seems to be in better form at the moment. Petra Kvitova to win in three sets.