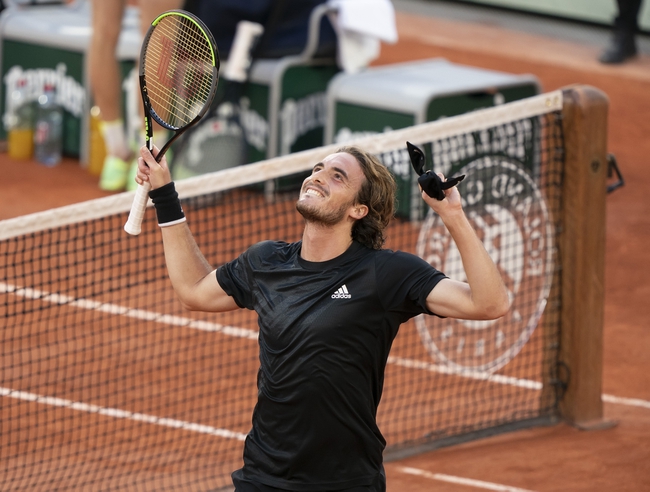 World Number One Novak Djokovic faces young phenom Stefanos Tsitsipas in a highly anticipated Semifinal clash at the 2020 French Open Championships. The match will take place on Friday October 9th 2020. Will Djokovic be able to continue on his quest for a second Roland Garros Title or will the young Greek stay in the hunt for his first?

Djokovic enters this matchup in good form, however seems to still be carrying the same neck injury that was plaguing him for the past month. The head to head between these two players stands at 3-2 in favor of the Serbian. Djokovic had seemed to be at his best, cruising to the quarterfinals with ease. However he seemed to be in a lot of discomfort during his four set win over Pablo Carreno Busta. If he is not in top form he knows that Tsitsipas can take advantage, so he will be hoping to be pain free by tomorrow.

Tsitsipas arrived in Paris and seemed out of sorts in the opening round, coming from two sets to love down against Jaume Munar. However he has been dominant since then, and has grown in confidence with every win. He has played aggressive tennis and surprisingly crushed Andrey Rublev in straight sets in the quarterfinals so he is peaking at the right moment. He also has the belief that he can win this match, having beaten Djokovic twice before. If he can get off to a good start and limit the errors he has an extremely good chance of causing the upset. His chances will grow the longer this match lasts if Djokovic is still struggling with the injury.

This is an extremely difficult match to call. If Djokovic was fully fit then I would be predicting that he would reach the final but that does not seem to be the case. There are also question marks over Tsitsipas' ability to close matches and tournaments out, having gone deep in tournaments and faltering before the final hurdle many times before. This match will come down to two factors; Djokovic's injury and the Greek's ability to focus. I expect this match to be a close one, probably four or five sets. Djokovic has too much experience to lose here and his sheer will to win should get him through here. Djokovic to win a nail biter.