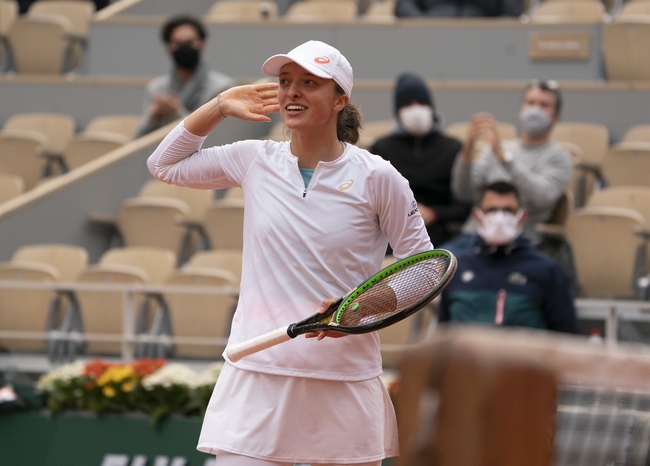 A very unexpected French Open Final awaits us, but it is sure to be a very exciting one. Fourth seeded Sofia Kenin of the United States faces the Polish phenom Iga Swiatek on Saturday October 10th, 2020.

Sofia Kenin has been having a fantastic year. After winning her first Grand Slam Title in Melbourne she is on the verge of winning a second one here in Paris. It has not been an easy path to the final for her however. After being blanked 6-0, 6-0 in Rome by Victoria Azarenka, she has rebounded nicely to be in the final here. Her path here has been a struggle though, having pushed to three sets in four of her matches and looking out of sorts. However what has been impressive is her fighting spirit. Despite her poor play and being down, she has fought back each and every time to show that she deserves to be here. Her main strengths are her ability to change her game up to suit all situations, and her ability to remain focused and fight to the very end. Her defense has also been impeccable thus far and it will need to be against the impressive Swiatek.

Iga Swiatek is not a player that anyone would have predicted would have been in the final. Yet here she is. The teenager has bee dominating the field thus far, not even dropping a set. Despite her young age she has been aggressive on both sides and while she is surely surprised to be at this stage she will be very confident of winning the title. Once she serves well and dictates play with her groundstrokes as she has been it will be hard to bet against her.

The rankings and results lean towards the American, but I am picking the Polish young gun to win the title here. She has proven that she belongs here and has been absolutely dominant here in Paris. Kenin is a fighter and no doubt she will keep things close but Swiatek is simply on a different level here. Iga Swiatek to produce one of the biggest shocks in Grand Slam history and win the title here in Paris.