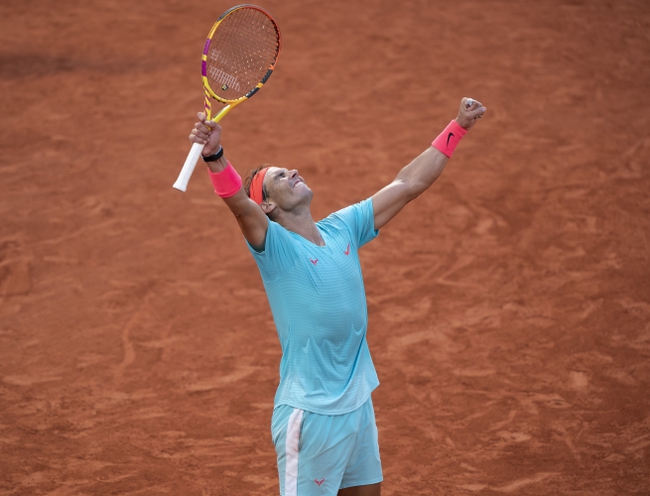 It is the final we have all been waiting for, World No.1, Novak Djokovic, meets World No.2, Rafael Nadal on Sunday, October 11th 2020 in the French Open Final. Will Djokovic be able to gain his second French Open title, or will Nadal claim his 13th and make history by matching Roger Federer with 20 Grand Slam titles?

Novak Djokovic came through two tough matches both in the quarters and the semis, beating Pablo Carreno Busta in 4 sets in the quarterfinals, and Stefanos Tsitsipas in 5 sets in the semifinals. Stefanos Tsitsipas was my personal favourite to win that match, but by the time it came to a fifth set, Tsitsipas did not have either the experience or the energy to perform as solidly as he did in that 3rd and 4th set. Novak Djokovic would have not won that match if Tsitsipas had better energy levels as he was playing much better than him for the second half of that match. Djokovic's injury issues and tough last two matches will be a worry for many of his fans coming into this final.

Rafael Nadal has still not lost a single set here at Roland Garros this year and he performed superbly against Diego Schwartzman in the semifinals, defeating the man who shockingly won in Rome in straight sets. Nadal cruised through the first and second set, however, the third was much tighter with Nadal eventually winning 7-0 in the tiebreak. I expect Nadal to be fully prepared coming into this final and ready to give it his all and increase his game to another level against Djokovic.

This is going to be the 56th meeting between both players, with Novak Djokovic leading the head to head 29-26. These two have met twice before in the Final here at the French Open and Rafael Nadal won both of those encounters. I think Djokovic is a bit wobbly and he looked quite up and down in his last two matches, whilst Nadal has been extremely solid in all his matches. I expect this to be perhaps a 4-setter, but this is Paris, the French Open, and Philip-Chatriet court where Nadal has a 99-2 win/loss record. I strongly believe Nadal will come out on top here and win his 13th French Open title and make history.