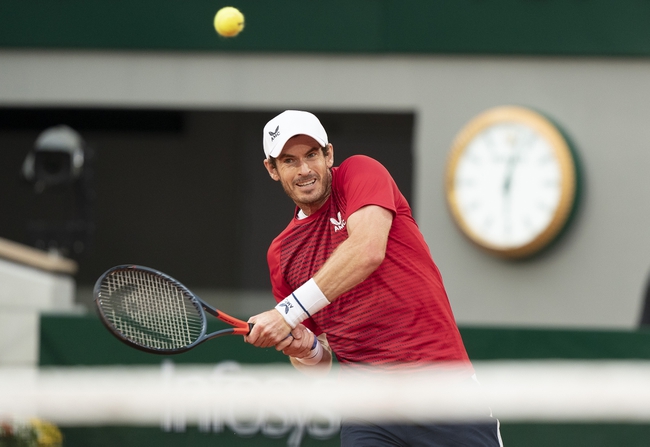 Fernando Verdasco is a very solid player who has not been able to play much tennis recently, with him being banned from playing at the French Open due to an incorrect coronavirus positive test. Verdasco wants to play tennis and he wants to play many matches very badly as he loves the game so much. I expect Verdasco to be a bit rusty coming into the match, but he is a veteran of the game and can definitely get himself in shape quite quickly. Verdasco is also a lefty and this will help him get some quick points if he is struggling.

Andy Murray had a shocking opening round loss to Stan Wawrinka at the French Open, losing in straight sets. Murray looked terrible in that match but you cannot really blame him a lot. Murray had not played on clay for a very very long time, and the clay conditions were very different than usual. Murray however is very solid on indoor hard courts and got his last title last year in Antwerp indoors. Murray will be determined to make it far here in Cologne as he knows that he can beat anyone on the draw if he is playing to the best of his abilities.

This is going to be the 17th meeting between both players, with Andy Murray leading the head to head 13-3. Murray was levels above Verdasco in their prime, however, this might be a tigher one. I expect this to be a tight match for both, but at the end of the day I think Murray can really challenge for the title here in Cologne. Murray is the better player if they are both playing their best, and Verdasco has played much less than Murray in the last few months. I expect Murray to be less rusty and take this match.