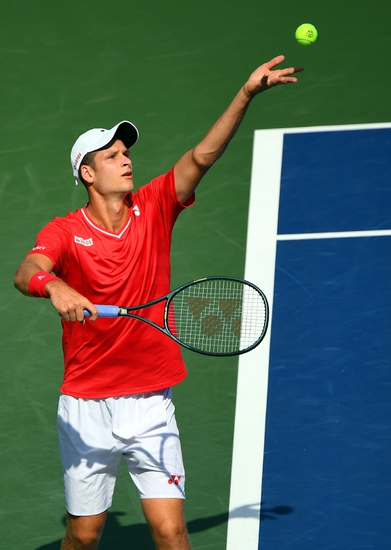 World Number 31 and Sixth Seed Hubert Hurkacz of Poland Faces Australian Lucky Loser Marc Polmans in the First Round of the 2020 Cologne Open. Polmans lost to Oscar Otte in the final qualifying round but was promoted to the main draw when a space opened up in the draw. Polmans is ranked #116 in the world so on paper this seems like a mismatch but does he have what it takes to cause the upset?

Hubert Hurkacz has long been touted as one of the most promising young players but hasn't truly lived up to the hype yet. He has had some truly inconsistent results and has only won back to back matches once since January, a very strange statistic for a player of his caliber. He has a huge serve and groundstrokes and is able to overpower even the world's best when he is on his game. The issue is that he struggles to focus for long stretches at a time and this has plagued him throughout the year. He will be looking for some strong results to finish the year on a high note and finally break into the Top 20 as so many have predicted. He will like his chances of winning this match but another worrying statistic is that he has only won three matches on this surface over the past three years.

Polmans is currently ranked a career high #116 and will be looking to break into the top 100 soon. He has only played three tournaments on this surface in his career but one of those was a run to the final in an indoor Challenger event in Taiwan. He is a solid player and a very hard worker, but does not possess the weapons needed to trouble a top player at this stage in his career. This will be something that he needs to develop as his career progresses if he is to be able to compete at this level.

Despite his very disappointing year, this is still Hurkacz's match to lose. He has all the tools to be a top 10 player in my opinion but he just needs to put it all together consistently. He is in very poor form but luckily for him is facing a much weaker opponent who has little chance of defeating him here. Hubert Hurkacz to win, likely in straight sets.