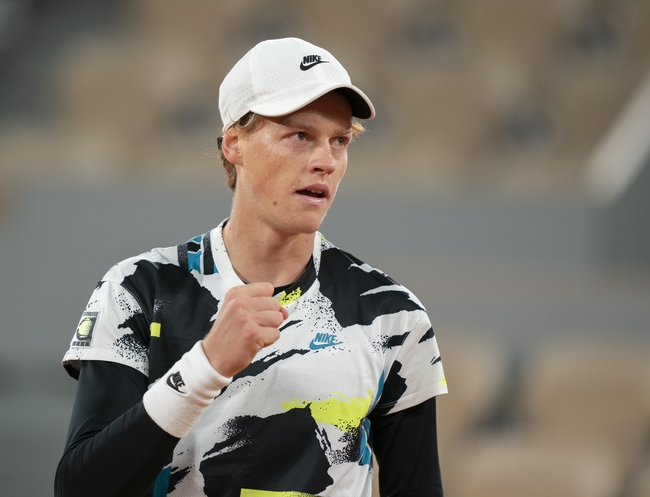 Jannik Sinner of Italy takes on American Reilly Opelka in an intriguing first round match at the St. Petersburg Open in Russia. The match will take place on Tuesday October 13th 2020. One of the game's most exciting young players faces one of the biggest servers of all time in what is sure to be a very entertaining clash. This will be the first time these two have played each other.

Jannik Sinner is one of the most promising young players on the ATP Tour, and is tipped by many to be a future Top 5 player and potential Grand Slam Champion. He has had a string of impressive results this year, upsetting many higher ranked players than himself. He was particularly impressive at Roland Garros, reaching the Quarterfinals where he lost in straight sets to Rafael Nadal but had the King of Clay in a good deal of trouble early on. He has a complete game and is particularly impressive at constructing points and returning serve. The only concern I have is his heavy workload over the past month so it will be interesting to see how much he has left in the tank.

Reilly Opelka is perhaps the biggest server in world tennis and this always makes him a dangerous opponent, especially on the harder courts. He has had an inconsistent year, impressively reaching the Quarterfinals in Cincinnati before first round exits at the US Open and French Open. He also boasts a huge forehand but needs the ball to be a bit higher to take full advantage due to his height. If Sinner returns well and keeps the balls low and flat, Opelka will struggle.

I am going to pick the young Italian to win this match given the form that he is in. If he is able to get an early break then he should cruise. However, you can never count Opelka out due to his serve so this match definitely has potential to be close. With all things considered I think that Sinner is simply too good at the moment and will advance to the Second Round here in Russia in two tight sets.