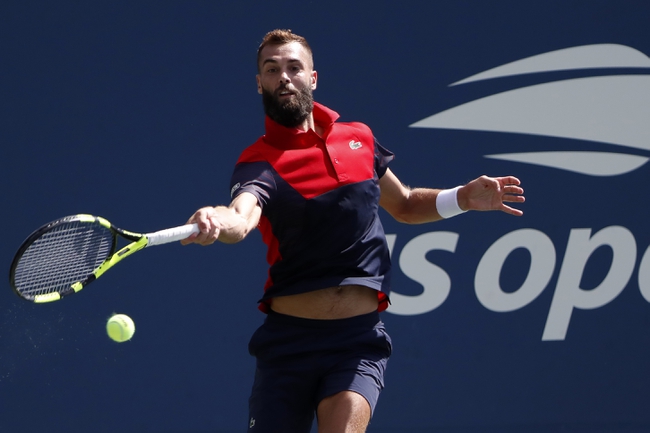 Fourth Seeded Frenchman Benoit Paire faces Austrian Tennis Novak in the Round of 16 of the 2020 Cologne Open. Paire leads the head to head 1-0, will he extend that lead or will Novak register his first victory?

Benoit Paire is one of the most unpredictable players on the ATP Tour. While his talent cannot be debated, his temper and concentration levels have cost him many matches. Ranked #26 in the world he is the favorite and will be expecting to go deep into this tournament. He has only won one match in his previous four tournaments so he will be motivated to get back to winning ways. If he is focused then he is definitely the favorite to win this match but that is easier said than done. He has had a fairly miserable year thus far with a losing record, testing positive for Covid-19 and being forced to miss the US Open and has openly stated that he is ready to "finish the season and go home." He does not seem like he is in the correct mindset to effectively compete.

Dennis Novak was impressive in his opening round win over Australian Jordan Thompson. Ranked #94, he is considered a talented but erratic player. He possesses a big serve and is very aggressive from the baseline, as evidenced by his 21 winners against Thompson. He gave very little away in that match, committing only one double fault and eight unforced errors. If he can keep his errors down to a minimum he will like his chances of upsetting the higher ranked Frenchman.

This is a very difficult match to call. Benoit Paire is almost impossible to predict as you never know what version of him will turn up on any given day. I am going to pick Dennis Novak to win this match as he seems to be in slightly better form at the moment and is carrying the momentum from the opening round victory over Jordan Thompson. If Novak is focused I think he will be able to dictate play and come away with a hard fought victory. Dennis Novak to advance to the Quarterfinal here in Cologne.