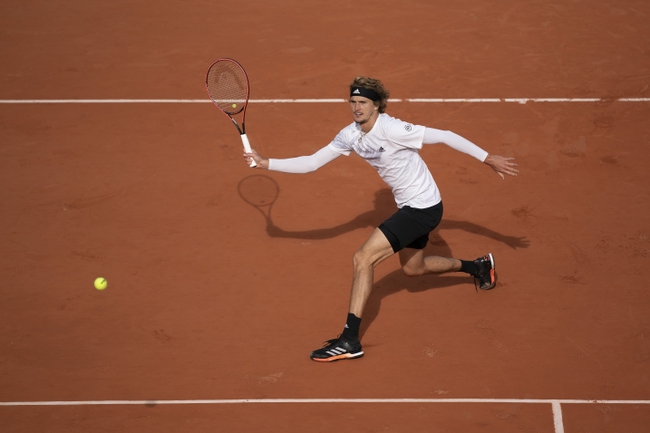 Alexander Zverev vs. Fernando Verdasco - 2020 Cologne Open Round of 16

Top Seed and World Number 7 Alexander Zverev faces #61st ranked Fernando Verdasco of Spain in a Round of 16 encounter at the 2020 Cologne Open. On paper this seems like a mismatch but tennis fans know that Verdasco is a better player than his current ranking suggests, and can be a dangerous opponent. Does he have enough left in the tank at the twilight of his career to upset the young German superstar? Zverev leads the head to head by 3 wins to 2.

Alexander Zverev has had a 2020 to remember, reaching his maiden Grand Slam Final at the US Open. However he had a final to forget, being up two sets and a break to love before collapsing against Dominic Thiem. He had a decent showing at the French Open so he seems to be recovering from that heartbreaking loss. Having just qualified for the year-end Tour Finals he will be looking to build some momentum heading into that event. The young German has a game that is well suited for these conditions so once he has gotten over the serving issues that have plagued him recently he should be able to dictate play quite comfortably.

Fernando Verdasco has been a stalwart of the Top 50 for more than a decade. He is slowly beginning to fade but is still capable of some good tennis on his day and cannot be underestimated. He had an impressive 6-4, 6-4 victory over Andy Murray in the first round so he will have some confidence from that. It was good to see a solid performance from him after the controversy that he was involved in at the French Open where he was disqualified after failing a COVID-19 test which he claimed was a false positive. He is an ultra-aggressive player which does not necessarily match up well to the strong defense of his opponent. He will have to serve extremely well and be at the top of his game to have any hope of a victory here.

I expect Alexander Zverev to win this match. He seems to be much stronger mentally than in previous years and his defence is too strong from Veradsco to penetrate. The Spaniard will be confident after his recent victory but at this stage in his career he is simply on a lower level than his opponent. Zverev has a good blend of offense and defense and I expect to win this match relatively comfortably. Alexander Zverev to win.