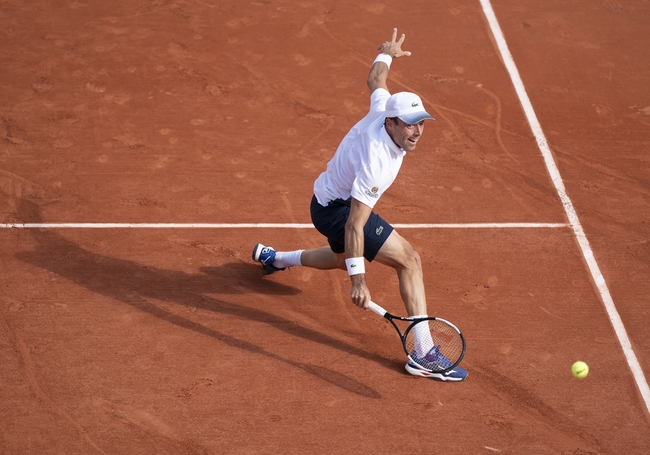 Roberto Bautista-Agut vs. Gilles Simon - 2020 Cologne Open Round of 16

Second Seed and World Number 13 Roberto Bautista-Agut of Spain faces French veteran Gilles Simon in the Round of 16 at the 2020 Cologne Open. Simon leads the head to head 5 wins to 1 (including 2-0 on indoor hard courts) but they haven't played in two years. Bautista-Agut clearly has had much more recent success than his opponent but can Simon continue his dominance over the Spaniard and extend the head to head lead?

Roberto Bautista-Agut is known as one of the most consistent and hardest working players on tour. He has 6 ATP hard court titles to his name and will be full of confidence after a great year in 2020. Despite not winning any titles, he has gone deep in three tournaments since the tour resumed and has wins over Daniil Medvedev and Karen Khachanov. He is extremely solid on both wings with flat, penetrating groundstrokes. In my opinion his biggest asset is his mental game and strong ability to construct points and game plans.

Gilles Simon has been on decline for the past few years. Once ranked as high as number 6 in the world, he has not been inside the top 50 for two years. Despite having a poor 2020 season he was very impressive in the First Round here, thrashing Marton Fucsovics 6-0, 6-3 so he will have confidence and momentum heading into this match against his more fancied opponent. His speed and footwork were once major assets but those have declined towards the end of his career.

While Gilles Simon is still a dangerous opponent, I think that RBA will win this match. A few things are in the Frenchman's favor - the overwhelming lead in H2H results and the fact that he has a match here under his belt while his opponent received a bye so there is a chance that he can spring an upset. RBA is one of the most mentally strong players on tour and is at home on hard courts so I think that he will eventually acclimatize to the surface and win a close match. Roberto Bautista-Agut to win.