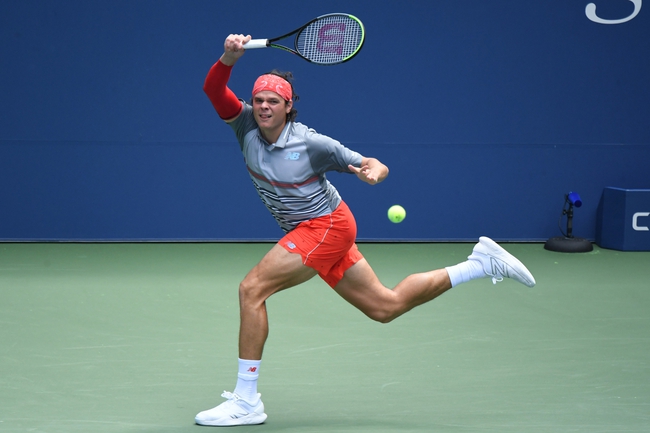 Alexander Bublik meets Milos Raonic in the second round of the 2020 St. Petersburg Open on Thursday, October 15th 2020. This is going to be a very tight encounter between two big swingers, but who will come out on top?

Alexander Bublik looked very bad in his first round match against Mackenzie McDonald where he lost the first set and was down a break point. Bublik is one of those players who can get in control of a match if he just decides to, and when his back was against the wall on Tuesday, he showed up and took advantage of the match. Bublik ended up winning in 3 sets, however, he will now face an opponent where he cannot afford to be passive for nearly 2 full sets and he will have to take advantage of any chances he gets from the get go. Alexander Bublik can do this, but is he willing to put the effort in?

Milos Raonic cruised through his first round encounter beating a loca in straight sets. Raonic struggled a lot on the clay of Rome and of Paris and he will be happier here on the hard courts as it allows for his game to flourish and his serve to bounce higher up. Raonic knows he is still far from the level he wants to be playing at and this is both a matter of confidence, and a matter of physical ability. Raonic does not look to be in his peak physical shape, but we know that when he is on top of his game, it is hard to stop him.

This is going to be the first meeting between both players and it is going to be a tight one in my opinion. Both of these players, when playing their best, can claim they would win this match, but it comes down to who will actually put the effort in during the tough moments. I expect Raonic to have the edge here both because he has more experience and because he is more willing to give it his all. Bublik is a great player, but I am not confident in him during tight matches.